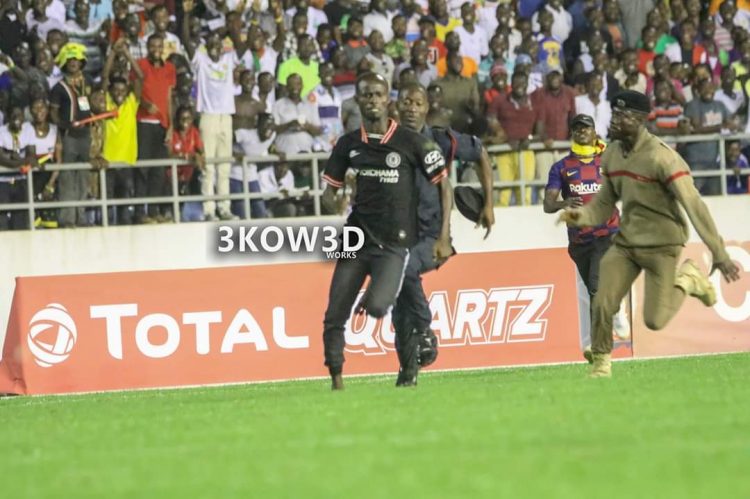 Cape Coast Stadium pitch invader to be arraigned before court.

The  football fan who invaded the pitch at the Cape Coast Stadium during Ghana’s 2021 Africa Cup of Nations Qualifier with South Africa is set to be prosecuted in Cape Coast.

The fan who’s identity has been revealed to be Awal Suleman, ran the length of the pitch in the second half of the Black Stars 2-0 win over the Bafana Bafana in Thursday’s encounter.

Attempts to stop him initially proved futile, with an officer of the National Fire Service even fell over in trying to catch him, much to the amusement of the thousands gathered. He was eventually overpowered and subsequently arrested before he was taken to the University of Cape Coast police station where he remains in custody.

DSP Awal Mohammed, Commander for the UCC District Police who confirmed the news indicated that Mr. Suleman was being processed for court. He may be charged with disturbing public order.