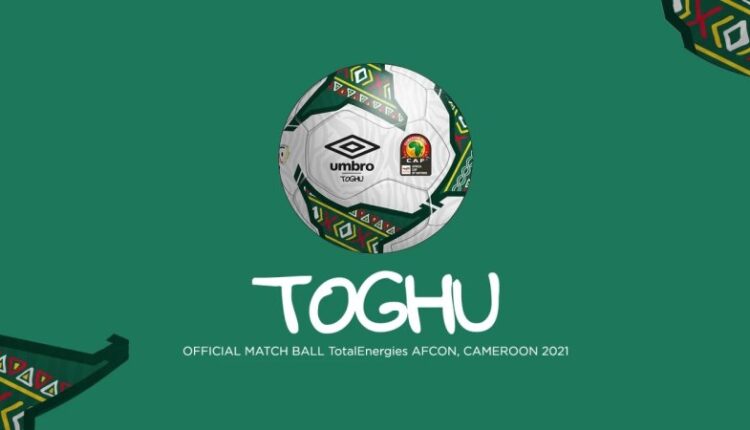 The Confederation of African Football (CAF) has announced the official match ball for the 2021 TotalEnergies Africa Cup of Nations (AFCON) in Cameroon as part of the countdown to Africa’s biggest sporting event.

The new official match ball, named “Toghu” after the traditional outfit that is very popular in Cameroon, would be used by the 24 teams during the 52 matches to be played at the competition between January 9, to February 6, 2022.

‘Toghu’ is a multi-coloured and finely embroidered outfit.

A ‘Toghu’ was initially designed for Royalty in the North West region of Cameroon but has since been adopted by Cameroonians as an outfit for special occasions.

Designed to meet the highest standards in the game, the ball features simple technological features including a smart panel configuration and it’s Federation of International Football (FIFA)-approved to be used at highest levels of the game.