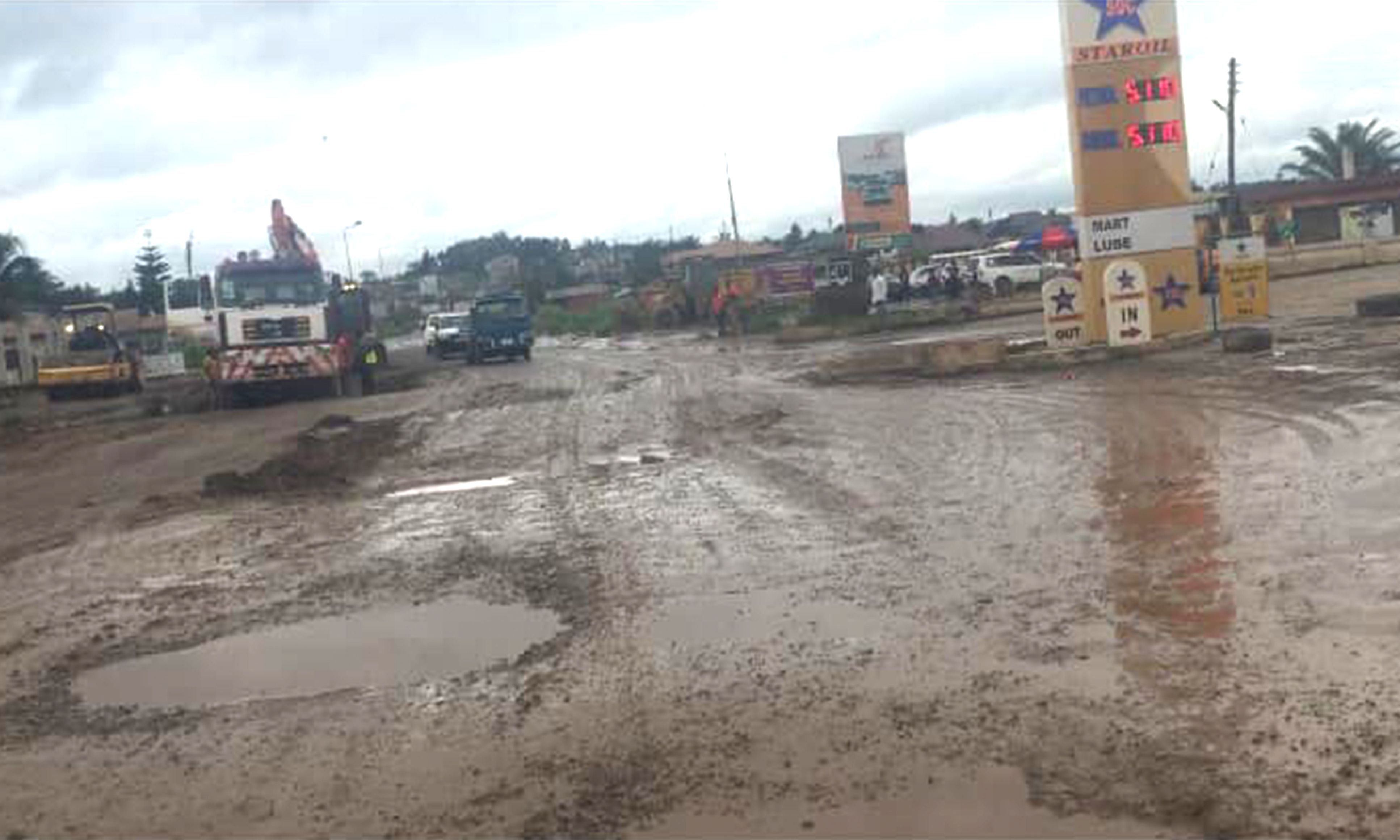 Construction works on the Takoradi-Tarkwa highway, are  set to commence following a cabinet decision to include the project in government’s Public Infrastructural Projects at its last meeting in the month of October.

Residents of the Tarkwa municipality and many who ply that road, have long complained about the deplorable state of the roads, including a 12 hour protest in April this year.

However, as construction works on the highway are set to begin, the Regional Coordinating Council has began discussions with a private construction firm, JustMoh Construction Limited to reconstruct the Apowa – Agona Nkwanta stretch and other sections of the Takoradi-Tarkwa highway.

It would be recalled that two weeks ago, Western Diamond Cement, through JustMoh construction Limited, used quarry stones to fill pot holes on the Apowa stretch of the highway.

”Because of the major engineering works that need to be done on the roads, we are in the process of getting JustMoh construction Limited to do proper scarifying and then do some parts pavement and some parts asphalt. But the long term plan from that road is that, at cabinets last meeting, it was accepted that the Apowa road will be part of the public infrastructural projects as a dual carriage road from Takoradi to Tarkwa” he revealed.

Government is expected to formally announce the news through Finance Minister Ken Ofori Atta’s Budget Statement and Economic Policy in parliament in November or by president Akuffo-Addo during his state of the nations address in January next year.