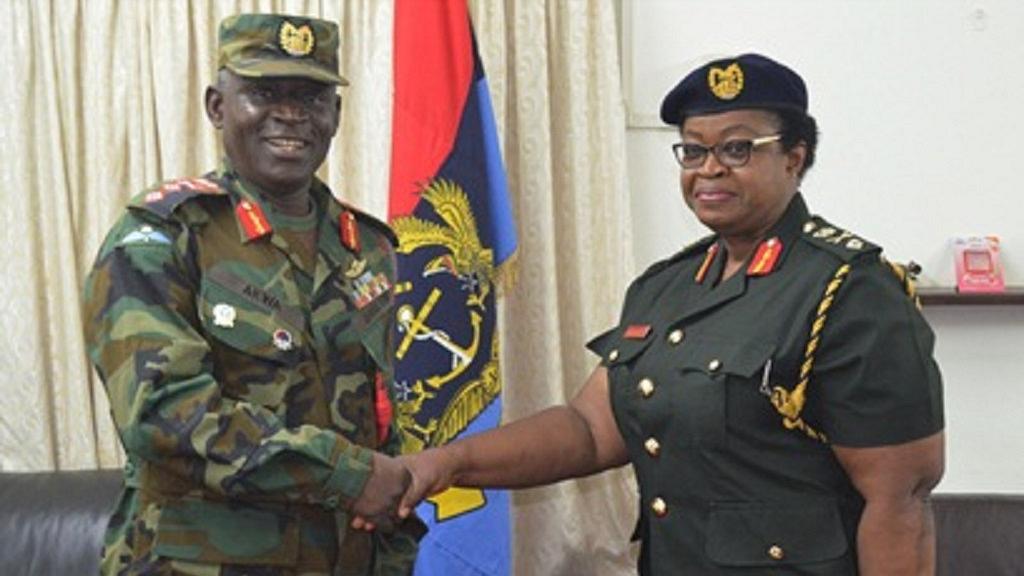 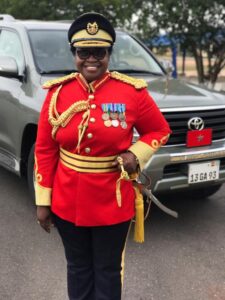 Constance served first as a Platoon Commander and then Adjutant at the 2nd Infantry Battalion in 1980 for her regimental training, was next posted to the 3rd Border Guards Battalion from 1981 to 1982 as a Platoon Commander and Adjutant, subsequently appointed General Staff Officer Grade 3 Training and then Personnel Staff Officer at the Border Guards Headquarters from 1983 to 1984 and became the Adjutant at the Border Guards Training School, Kpetoe in 1984.

In 1995 she was appointed the Second in Command (2IC) of the GAF Pay Regiment, and in 1999 was appointed the Commanding Officer (CO) of the same Regiment and was the first female in the Armed Forces to occupy these posts.
Other staff appointments held thereafter are: Service Financial Controller at the Naval Headquarters,

In 2013 she became the first female officer to be appointed as the Deputy Military Adviser (DMILAD) at the Permanent Mission of Ghana to the UN, New York till 2016. Whilst serving as the DMILAD, she was promoted in March 2016 to the rank of #BrigadierGeneral, becoming the first female to be ever promoted as a General in the history of GAF and is currently the GAF Representative to the Controller and Accountant General’s Department.

The 6th of 10 children, and her father being a soldier , she started life and school in the Kamina Barracks in Tamale before moving to the Uaddara Barracks in Kumasi where she continued her education at the Armed Forces Experimental school. Her secondary school education was at Wesley Girls’ High School, Cape Coast, where she obtained her ‘O’ and ‘A’ Level Certificate. At Wesley Girls, whilst some of her colleagues sang ‘ Medico or I die’, ‘Archito or I die’ she sang ‘ Military or I die’.

She has undergone all her military training courses including Junior Staff Course (JSC) and Senior Command and Staff Course at GAFCSC, Diploma in Finance Captain Career Course, Fort Jackson, South Carolina, USA; Young Ordnance Officers Course- GAF School of Ordnance, both the Public & Non-Public Accounting Course and the Military Accounting Course at the Haizel Finance School and the Senior Staff Officers Communication Course. She is married to Capt (Rtd) Fred Afenu and they have 3 children.