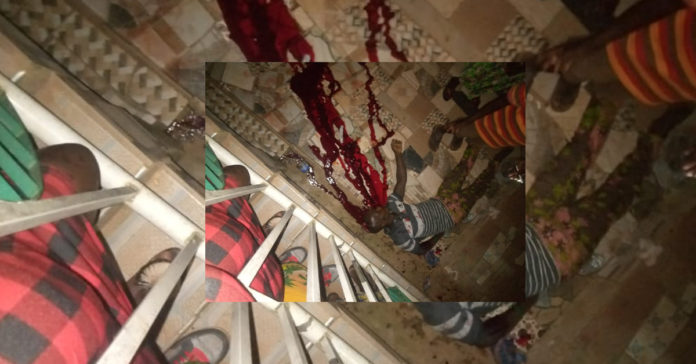 One person is conformed dead whilst several others have been injured in a shooting robbery incidence at Dompim Pepesa in the Tarkwa Nsuaem Municipality of the Western Region.

Some seven (7) armed robbers in an attempt to rob a gold dealer shop in James Town, a suburb of the community released fire arms in a bid to scare resident to enable them carry out the operations.

The incidence which happened last night, July 24, 2020 at about 8:00pm claimed the life of a young man in his believed to be in his late forties.

Reports are that, the robbers after storming the community pretended to be buying gold from a dealer in the area. After getting to her shop, the armed robbers who were fully armed commanded the gold dealer to lie face down.

Any other person who was available at the scene was also asked to comply with the directive. One of them (the deceased) decided to absconded and in the process received shots in his head by one of the robbers.

The gunshot alerted other community members who trooped to the scene in an attempt to arrest the armed robbers. The mammoth crowd according to reports chased the armed robbers away into a nearby forest. Reports indicates the robbers were still firing shots to scare the crowd whilst entering the forest.

The deceased who is a rubber farmer in the area has been identified as Antobam. He left behind a wife and six children. The Tarkwa Divisional Police Command has since commenced investigations into the incidence.

Chief of Dompim Pepesa, Ohyeawora Bianyowa Panyin tell us in an interview that, such incidence is alien to his community. According to him, the Police have mounted search to identify the robbers. He believes the armed robbers are not from the community. He has assured full security presence in the community after the incidence.

ABOUT US
Skyy Power FM is your news, entertainment, music, and political website. We provide you with the latest breaking news and videos from across Ghana and beyond
Contact us: [email protected]
FOLLOW US
© Copyright Skyy Power FM. Website Designed by Digitrust Ghana