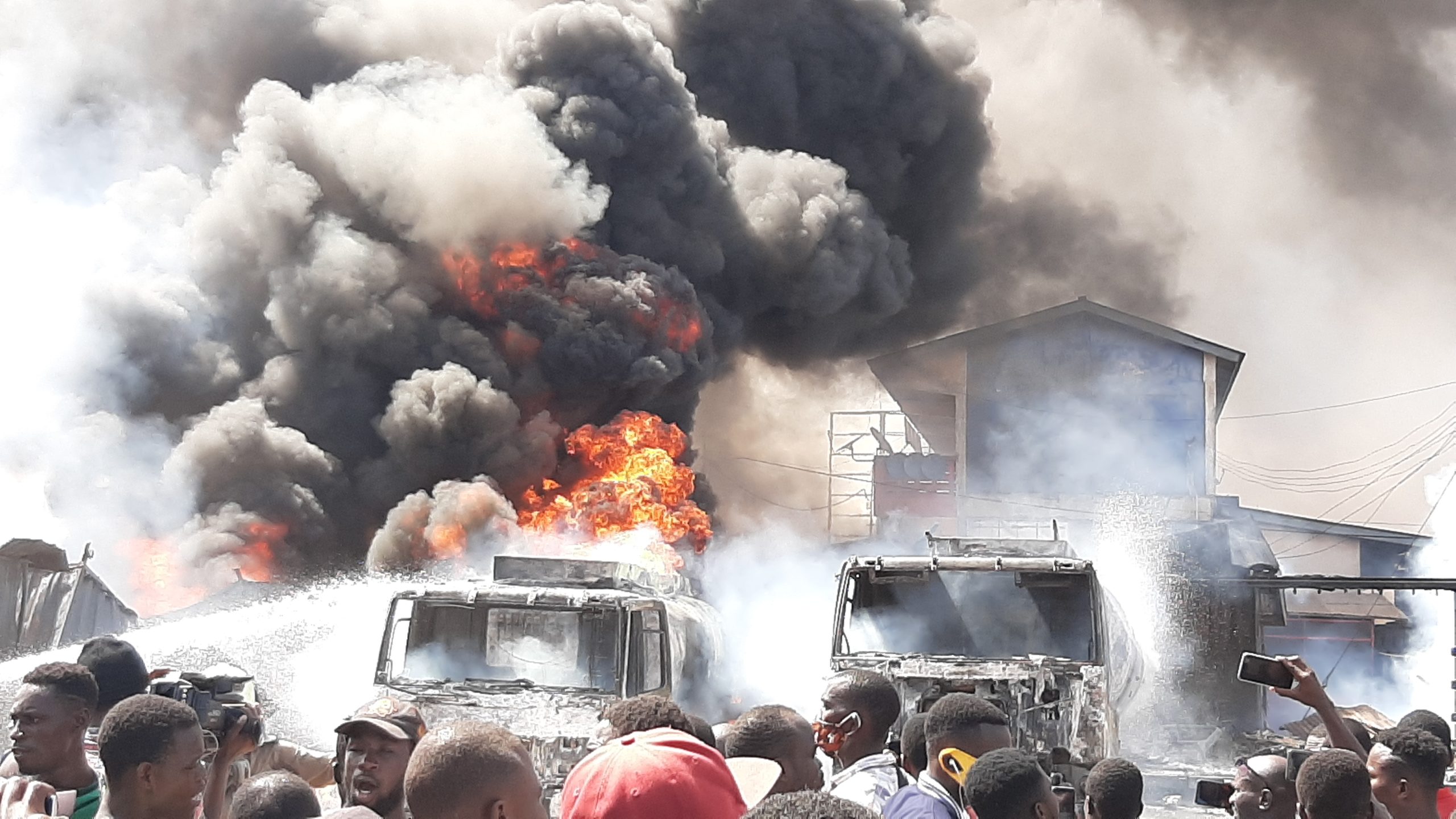 Two diesel tankers have been gutted by fire. The tankers were due to discharge at pump stations in the Sekondi Takoradi Metropolis.

A  2 year old boy [name yet to be established], has been burnt beyond recognition. According to sources, the child was left to sleep in one of the containers by the mother who operates a MOMO business at the vicinity. The mother is said to have sustained some burns as she attempted to rescue the kid. She has been rushed to the hospital for medical attention.

Viewer discretion is adviced..(image of the burnt child)

The fuel tankers were parked behind the Apremdo market (Abenbebom), ‘awaiting orders from pump managers to discharge at stations within the area” eyewitness told Skyy News.

“I heard a explosion sound from this area..the place was suddenly consumed by the fire” another eyewitness said.

According to them, the Fire Service managed to get to the scene some 15 minutes after the incidence. They have since been combating the ravaging fire for more than 40 minutes.

Heavy, dark smoke could be seen in the skies miles away.

The spectating crowd prayed the fire get extinguished in time lest it could run into nearby pump stations and the ‘Abenbenbobom market’.

“Two fire tenders have been exhausted here but no results. It seems the situation is out of control. More fire tenders must come in here” another witness told Skyy News.

More than half a dozen containers have been razed by the wild fire. The Fire Service is yet to determine the cause of the fire.

It is however unknown the value of properties that have been destroyed. 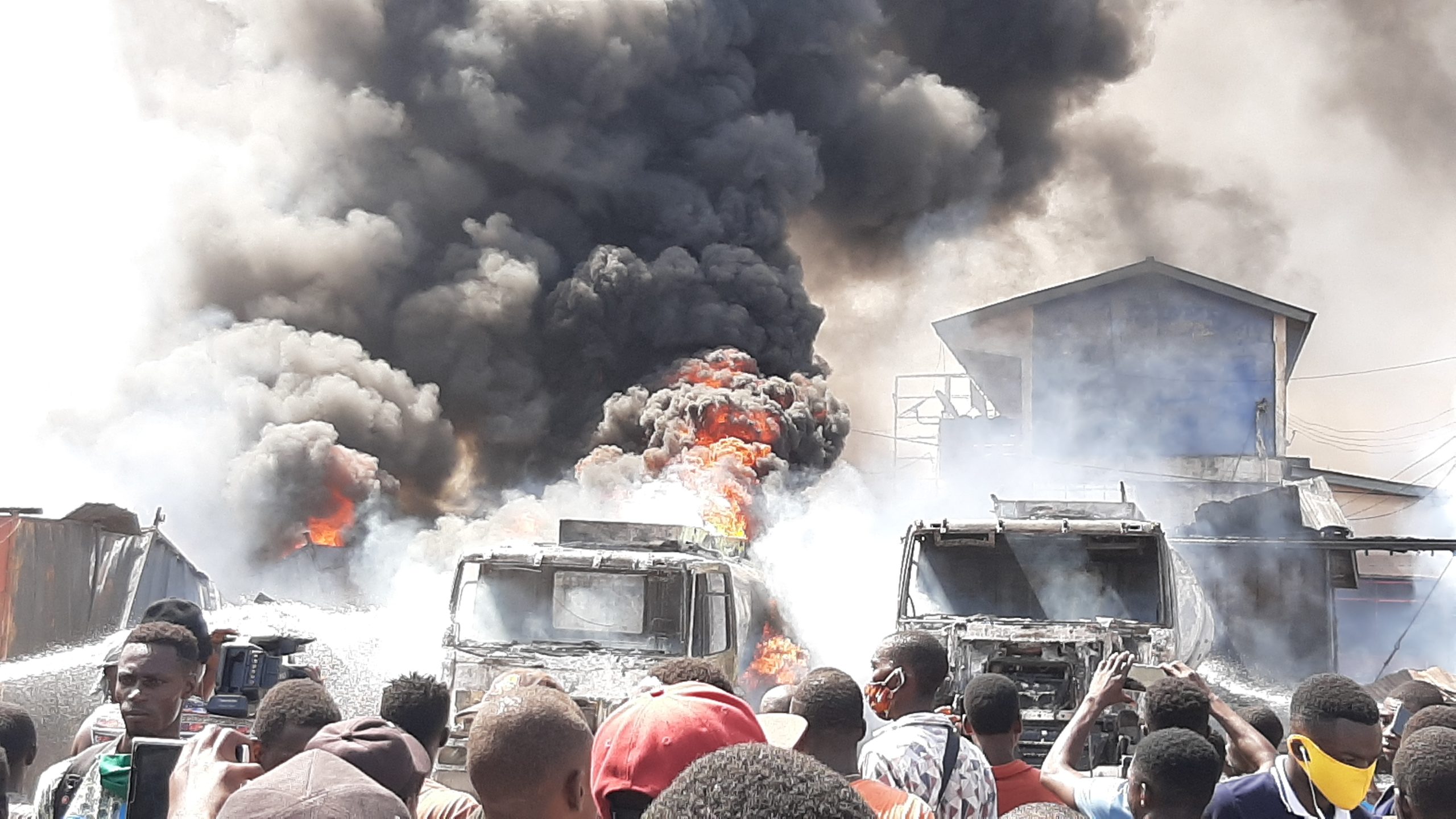 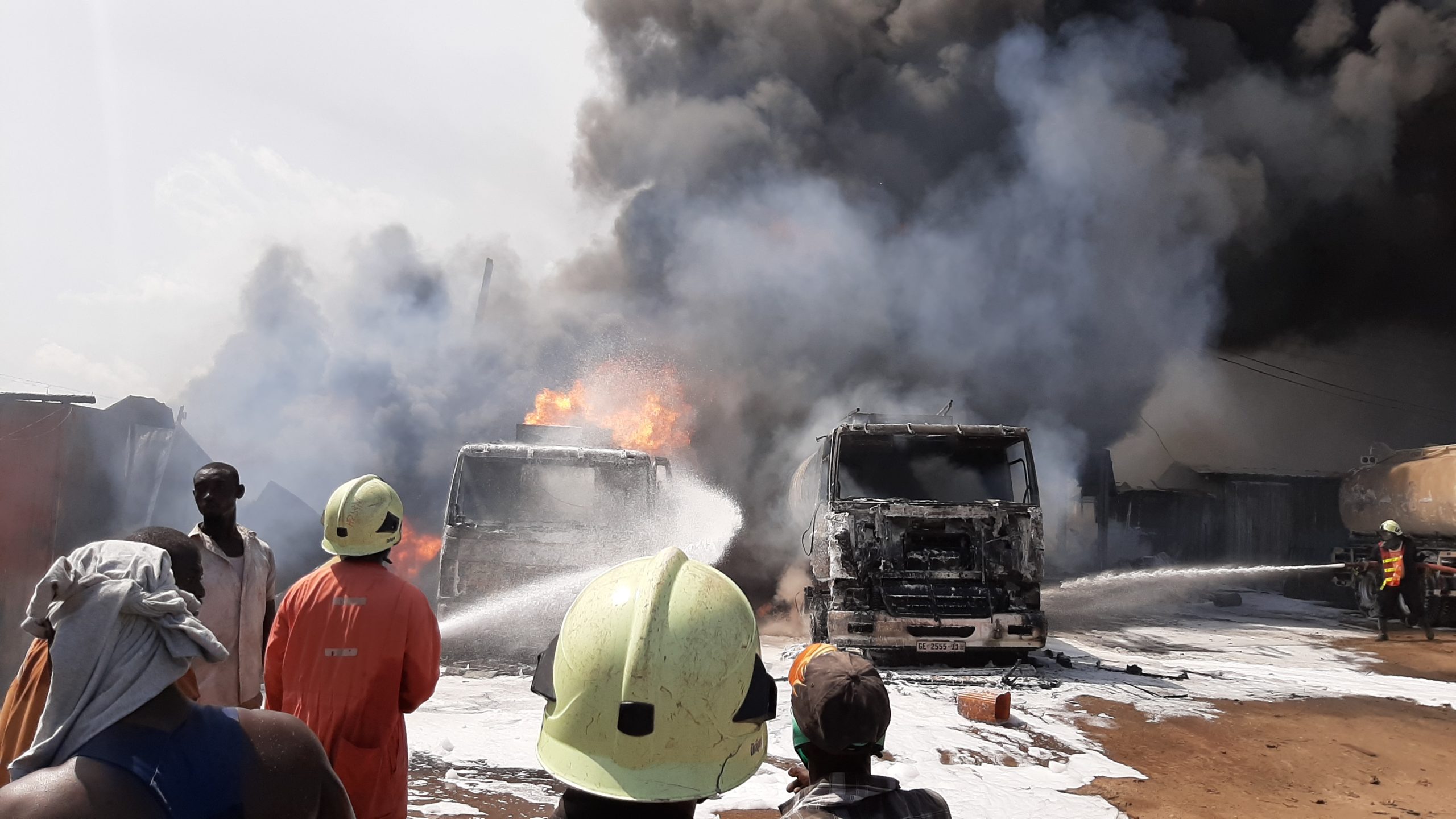 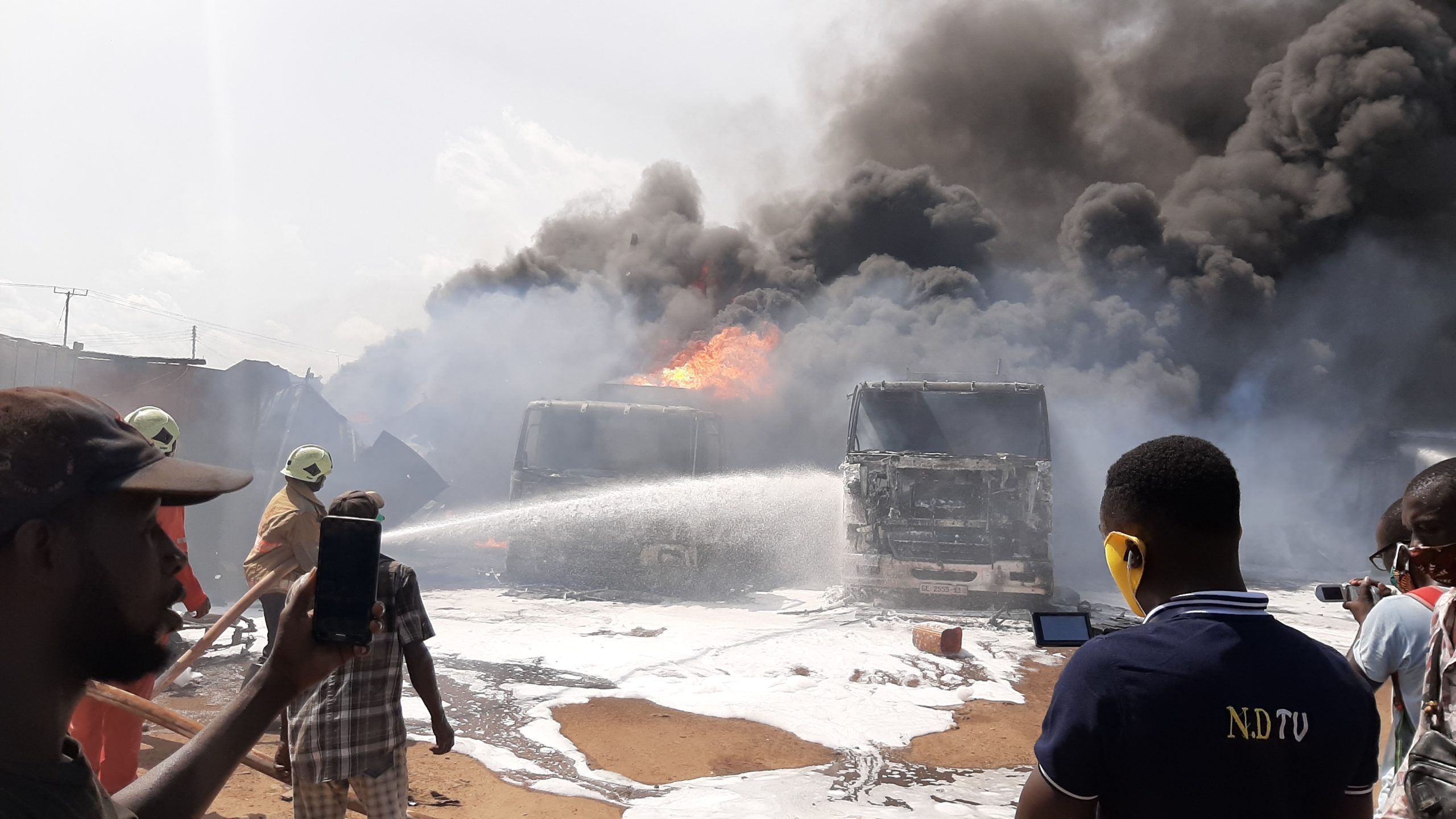 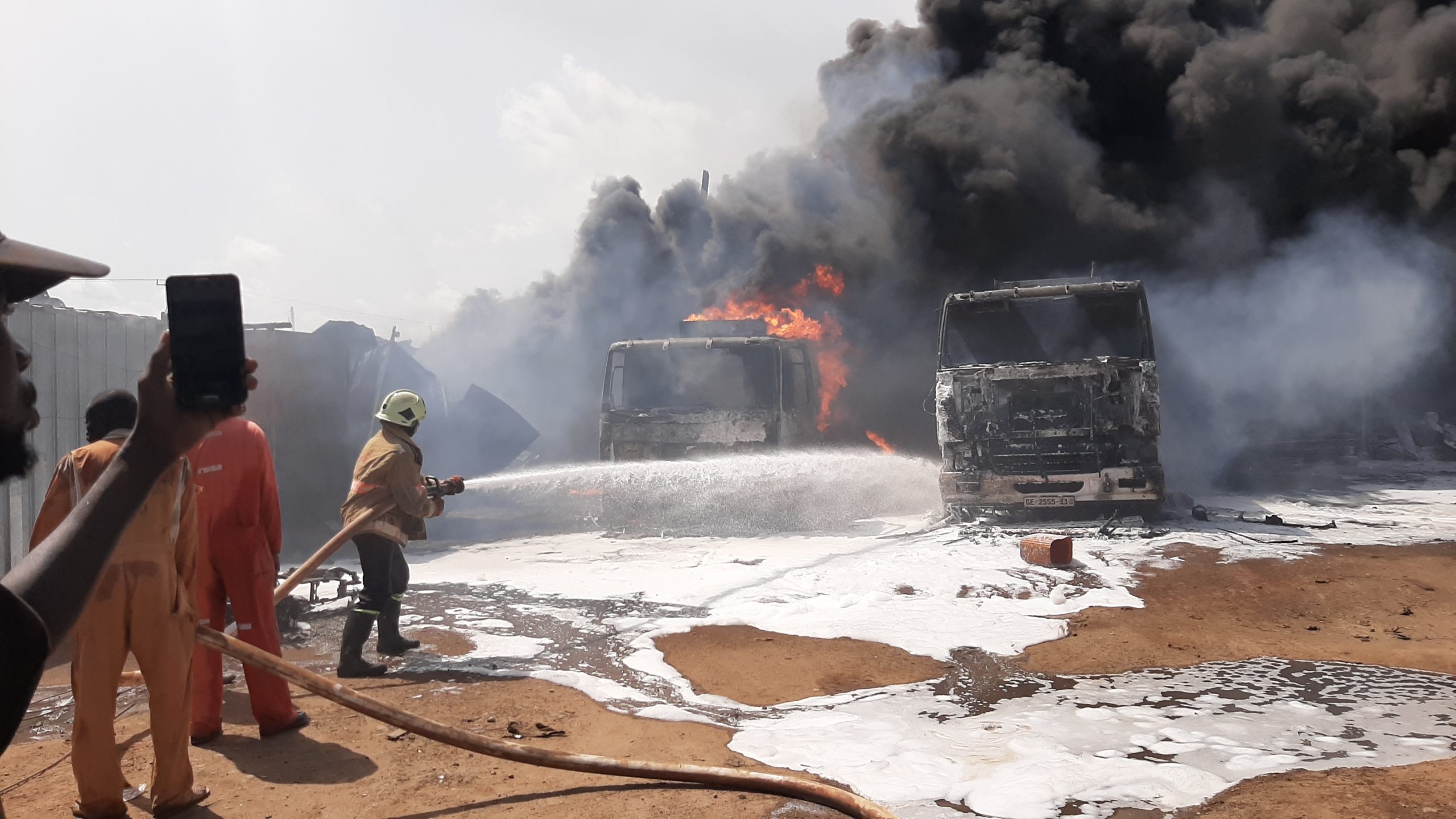