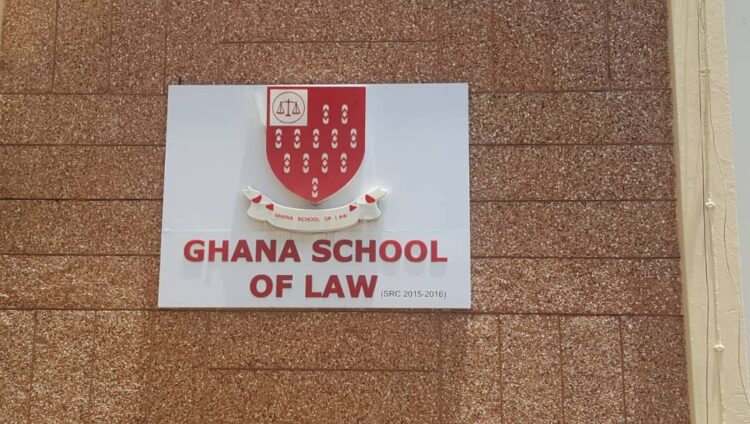 The explanation offered by the Ghana School of Law for its inability to admit some 499 students who met the pass mark at the 2021 entrance exam, is simply unintelligent, disgraceful, shameful, an after-thought, disappointing and abuse of office.

This type of nursery rhyme should not be coming from the foremost institution where the legal brains of the country are trained.

I tried explaining to a friend’s daughter why the father could not make it to the Ghana School of Law despite scoring 56 marks in the Entrance Examination. She looked at me as though she was searching for my soul and gently asked: “Uncle what are you saying? But my dad qualified?”

I let out a loud sigh and told her that even though the dad had six marks past the pass mark set down by the Ghana School of Law and even did far better than over 300 students who made it to the list with 54, 53, 51 and 50 marks, he was considered unworthy to be admitted. “I don’t understand this uncle,” she said with a wide look of surprise on her face.

This is the state that many well-meaning Ghanaians find themselves after we are told that students who scored 60, 56, 53 and 52 in the exam could not be admitted at the Ghana School of Law despite meeting the minimum pass mark of 50.

But those students with 51 and 50 pass marks did far better because they had 50 per cent in each of the two parts, a position the students were not told prior to writing the paper.

This is a classic case of the referee changing the rules of the game after it has started or has been played. Laughable. But Ghanaians are to be blamed for the latest development at the Ghana School of Law.

When people feel they are clothed with absolute power because they are untouchable, they turn to behave absolutely and usually carelessly. That is the direction the General Legal Council and the Ghana School of Law are jointly heading. This is scary.

And to think that the Attorney-General, Godfred Dame and President Nana Addo Dankwa Akufo-Addo are quiet on this matter is mind-boggling. This smack of a state-sponsored attempt to remote-control who becomes a lawyer in this country. This is bizarre.

It beats me why we’re constantly chipping away the respect Ghanaians have for the Judiciary and the legal profession by our actions and decisions.

I have said it on many platforms and it bears repeating that when the so-called examiners and by extension the lecturers at the Ghana School of Law sit for the entrance exam, I bet you that they will all fail. It isn’t that they are not knowledgeable or they are incompetent. Far from that.

The simple explanation is that there is a tacit agenda to fail people who sit for the entrance exam. If you doubt this, please read the case of Prince Ganaku & 4 ORS vs General Legal Council decided in 2020 by the Supreme Court.

There is the need to change the way we do things around here and we can start with the Ghana School of Law. Yes, let’s start there. We need to learn to tell the truth and rise to its defence in this country if we want to see changes around us politically, economically, socially and culturally. Absolutely nothing will change if we continue with this see-no-evil-hear-no-evil attitude of ours.

The General Legal Council has woefully failed in its management of the Ghana School of Law and there is enough evidence around us to support this claim. We need to end the continuous disappointment by simply allowing the various accredited Law Faculties the opportunity to administer the relevant courses that will pave way for a common Bar Examination which would be participated by all qualified students.

I know this suggestion isn’t new because personalities such as Professor Stephen Asare (Kwaku Azar) among others have been campaigning for this all year round. Also, the National Democratic Congress (NDC) in its 2020 Manifesto boldly and commendably promised to decentralise the admission process at the Ghana School of Law.

Putting politics aside, the NDC’s policy holds the key to the problems faced by students and prospective students at the Ghana School of Law. So even though this idea isn’t new, I am convinced that it represents the best way forward and we need to rally behind it.

For far too long we have allowed the General Legal Council, the body responsible for the operation and management of the Ghana School of Law, to do what they like in this country and often their judgements have been greeted with raised eyebrows because of how questionable they are sometimes.

Let’s agree to strip the Ghana School of Law of any other function and turn it into an Examination Body just as the West African Examination Council (WAEC) is and see if things will not change around us for the better.

I don’t know how the Director of Legal Education at the Ghana School of Law, Kwasi Prempeh-Eck is taking the whole drama unfolding before his very own eyes. If I were him, I will resign immediately to purge himself of the wrath of posterity. He will forever be associated with this decision.

The author, Kwabena Brakopowers, is a development communications practitioner, journalist, and author whose works focus on communication, migration, international relations, and politics.