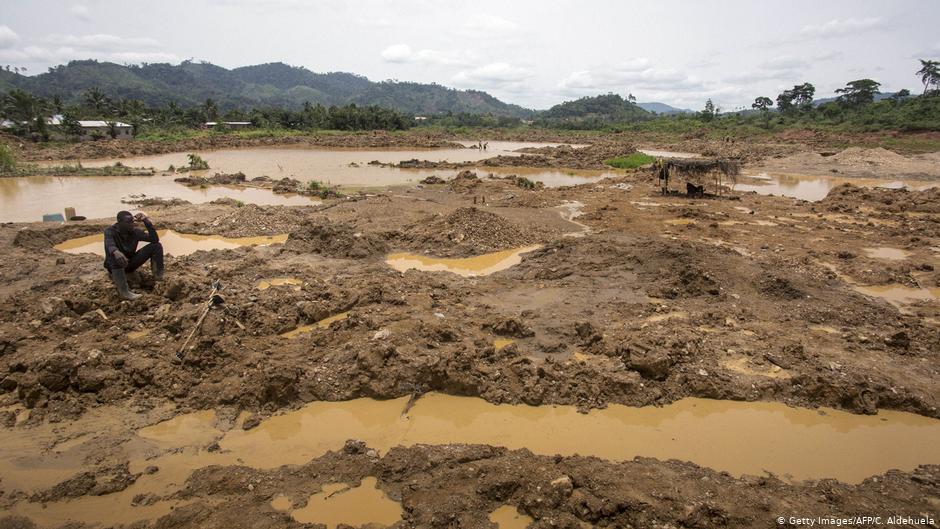 It was a sad day when bodies of two girls were found drowned in an abandoned gold pit located in the outskirts of Denkyira Dominase, in the Upper Denkyira West District in the Central Region after these girls embarked on a swimming adventure.

On Friday, February 19, the bodies of the two girls were discovered as the increasing spate of illegal mining raised eyebrows for the cause of this tragedy.

Akua Boahemaa, 14 and 10 years old Baaba Mensah were the victims of the unfortunate tragedy as local divers helped to pull the bodies of the girls. Both were confirmed dead after the Dominase Police Command visited the scene.

Their bodies were pulled apart as Baaba Mensah was discovered an hour later before Akua Boahemaa. They were then taken to the morgue.

Benjamin Mensah, the Assemblyman for the area later confirmed the case via a phone call.

“Yesterday [Friday] around 7:30 am a friend of mine called me that they have seen a person fallen in the pit near the town so I drew the attention of residents in the town…So after the announcement I went to the scene and I saw a girl of about fourteen years lying dead in the water and so we reported the case to the police at Dominase and they and took her out of the water and sent to the morgue at Dominase.

Later on about 10:30 am the same morning then we learnt again that there was another dead body in the pit. So we together with the policemen went there again. That was the body of a 10-year-old girl bringing the death toll to two”, the Assemblyman narrated.

Bodies of the deceased have been deposited at the Dominase Hospital morgue.

Police in the area are yet to ascertain the circumstances surrounding the death of the two girls though locals say they may have slipped and fell in the pit while returning home.

Their parents and guardians, according to the police would be invited to assist police in their investigations.

Gold pits are turning into tombs as this is not the first incident. Residents want the authorities to intensify their operations to deal with illegal miners and the illegal mining menace.

The Assemblyman said, the police has refuse to respond to their complaints and reports as small scale miners who work with the chinese refuse to reclaim the land. They have left many pits and this has being going on for 10 years now.

Shockingly, the firms have license from the EPA and Minerals Commission but their activities go unchecked, he added.

Thousands of illegal gold miners are destroying farmland and the landscape in Ghana. They go further to poison water supplies, which leaves some communities to struggle to find drinking water.

Water treatment plants are being shut down as the illegal mining has reach such proportion which makes it difficult for them to operate. Its being warned the country may be forced to import water.