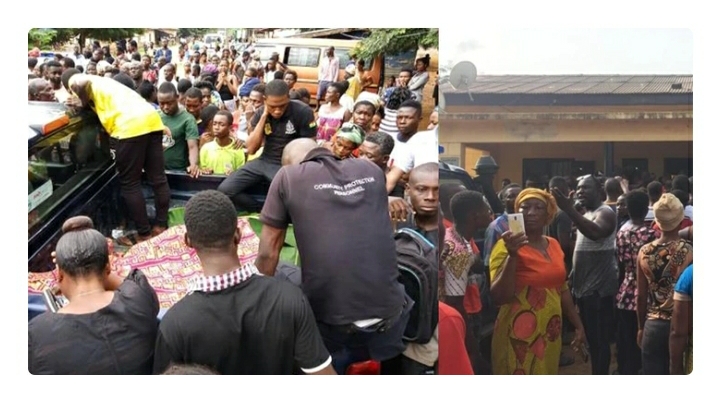 A bloody attack in Dompin Pepesa, a town in the Tarkwa Nsuaem Municipality of the Western Region on Saturday, July 24, has led to the hospitalisation of two persons after one sustained gunshot wounds.

According to an eye witness, a gun-wielding macho gang consisting of about 20 men, stormed the Dompin Pepesa community, shooting at every direction their gun pointed whiles they headed towards the Chief’s Palace.

Explaining the incident to Skyy Power 93.5, the witness made it known that, a resident of the community was allegedly spotted on a small scale mining site belonging to these ‘macho men”

He said ” A group of people known as the Kumkums accused a man of trespassing on their mining site, the accuse is believed to reside at the chief’s palace but during the whole incident, the chief had travel for a funeral.

“After the men had spotted the accused, they begun to pursue him whiles he ran towards the chief’s palace, the heavily armed men were shooting indiscriminately in pursuit which a resident was unfortunately hit in the chest by a bullet.

However, the victim was rushed to the government hospital in Tarkwa and is now receiving treatment, whiles the accused also suffered a fractured skull after the Kumkums stroke his head with a stick.

He was sent to the Effia-Nkwanta Hospital in Sekondi-Takoradi to receive treatment due to the level of damage to the skull.

Moreover, the witness disclosed that there is a chieftaincy dispute within the Dompim Pepesa Traditional area which the Kumkum’s being the opposite half suspected foul play, upon seeing a member of their bitter rival (the chief), on their land.