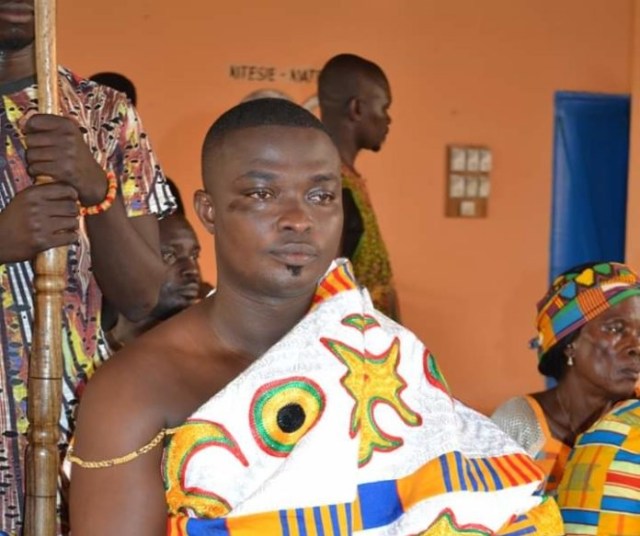 The Divisional Commander for the Ghana Police Service, Tarkwa, Chief Supt. George Andrew Kumi has been accused of rising tensions in the Dompim Pepesa Traditional area. The Chief for the area, Ohyeawura Bian Nyonwa Panyin IV says the escalated chieftaincy dispute could only be resolved if the Divisional Police Command stops meddling in the traditional affairs.

Recently, a bloody fight ensued between factions of the family to the Dompim Pepesa stool, leaving two persons severely wounded and one hospitalized. Commenting on this matter, Ohyeawura Bian Nyonwa Panyin IV lamented that the operations of the Chief. Supt. Kumi has been biased towards him [the right occupant to the stool], ever since the other faction challenged his authority.

He said the presence of the police personnel in his township often result in bloody exchanges and conflict, adding “the other people are motivated to indulge in violence because they have the police at their side.”

“The place is always calm because they [other faction] are aware the community doesn’t need them. So the Chief Supt. Kumi must be careful, as they say, no situation is permanent,” the chief exclaimed. 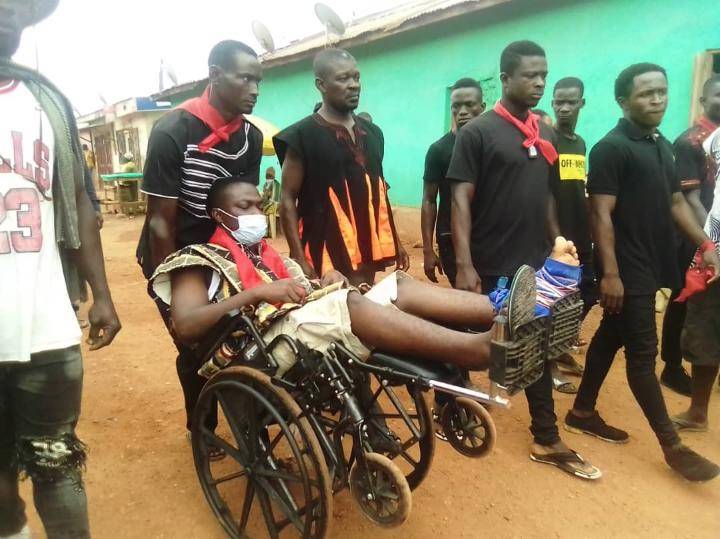 The Chief who has been in emergent care after a deadly attack on him last month wished the Police Commander is dealt with. He alleged that the situation in the traditional area is far different than what he suspects is reported to the Western Region Command of the Ghana Police Service. He is therefore calling for an independent assessment of the Dompin area, “so these miscreants could be dealt with.”

“…they[faction] know they Commander is by their side so they will misbehave and when I cause their arrest they are granted bail and the case dies. This is the sorry state of our security agency,” Ohyeawura Bian Nyonwa IV cried.