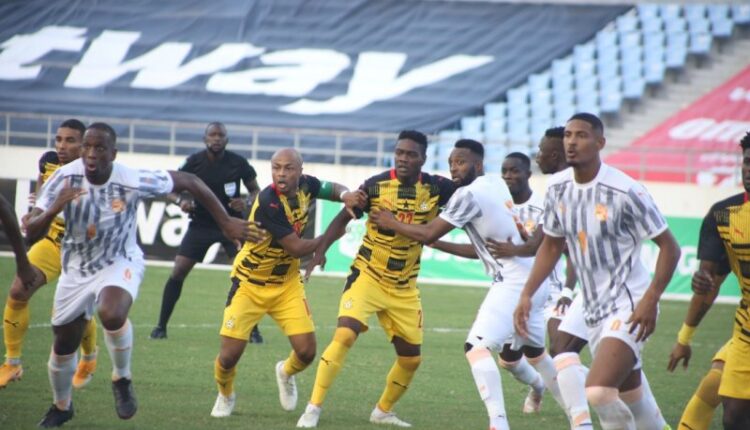 The Black Stars of Ghana were held to a goalless draw by their Ivorian counterparts in an international friendly played at the Cape Coast Sports Stadium on Sunday.

The Ivorians started the game mostly on the front foot with Wilfred Singo nearly putting them in front in the 15th minute but his shot from close range missed by inches.

The Ivorians looked more dangerous upfront with their wide men Jeremy Boga and Ibrahim Sankara possessing a threat to the Black Stars defence.

The Black Stars were much better with the ball past the half-hour mark with midfield talisman Thomas Partey coming close in the 42nd minute with a long-range effort.

The first half ended scoreless.

The second half started on a more cagey note but the Black Stars seem on top in possession but couldn’t create any meaningful chances.

AC Milan midfielder Frank Kessie come close with a shot outside the box but his effort deflected off the crossbar.

The game was very open in the late stages of the game with both sides creating a few chances but couldn’t capitalize as both sides settled for the draw.

Black Stars will now focus on their 2022 World Cup qualifying double-header against Ethiopia and South Africa slated for August.