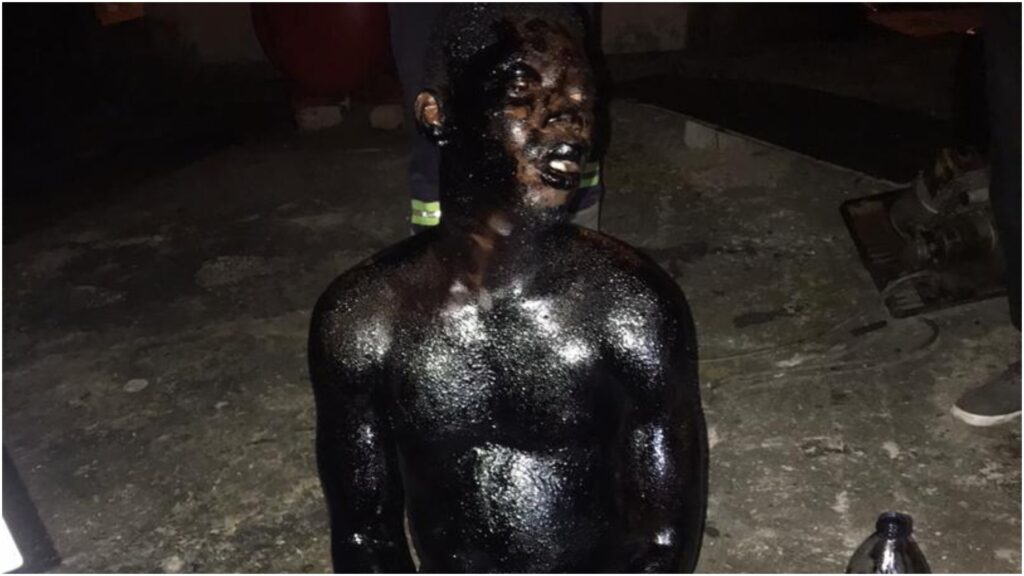 Bitumen thief trapped in barrel, whilst attempting to steal from employer

Twenty-five-year-old Emmanuel Gyimah has been caught red handed after an attempt to steal from his employer. The incident happened at the premises of the company in Kansaworado, a suburb, of the Sekondi Takoradi Metropolis of the Western region.

Kwesimintsim District Police Commander DSP Peter Aidoo, who confirmed the incident to Skyy News indicated that, Emmanuel Gyimah and his friend, Bernard Kuranteng were at the premises of the E. N. H Emotion Company located at Kansaworodo in the Sekondi-Takoradi Metropolis to carry the act when he unfortunately fell into the tank, containing the bitumen. His friend, Bernard Kuranteng informed the security man on duty and later absconded leaving Emmanuel Gyimah in the bitumen tank.

DSP Peter Aidoo further indicated that, the security man on duty informed the police, who intervened with support from the Ghana National Fire Service. The team later rescued Emmanuel Gyimah from the bitumen tank. He was rushed to the Effiankwanta Regional Hospital for medical attention. However, his accomplice is on the run.