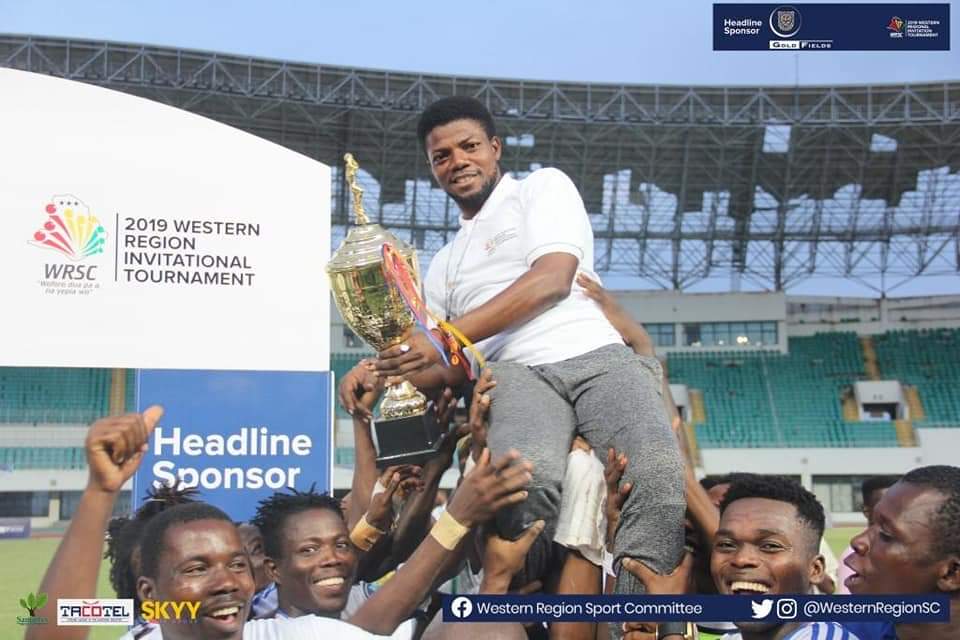 The Ghana Football Association has appointed Bismark Kobby Mensah as deputy coach for the national U15 team. The 36-year-old spoke of his debut national team appointment in an interview with Skyy Power FM on Monday.

Confirming the appointment, Mr. Samuel Anim Addo, a member of the Executive Council of the Ghana Football Association said Bismarck was appointed to assist head coach Samuel Boadu because “he is fit for purpose, at least for now”.

“Bismark is a role model who does not only teach and grow football basic skills but also demonstrates the expertise in inculcating social skills like discipline, determination, and teamwork which are cardinal needs of football at that level. And we are hopeful that he will bring these qualities to bear to assist the head coach in moulding a fine team for the future”, Mr. Samuel Anim Addo told the writer.

Bismark Kobby Mensah is currently, the head coach of tier one side Samartex FC, which he guided to win the Western Regional Invitational Tournament a little over a month ago. He has previously worked as coach for Wassaman Football Club, Sekondi Hasaacas, and premier league side Bechem United FC.

He has also worked as one of the dual assistant coaches to Hans van der Pluijm and later, Tomm Strand at Medeama FC.

Bismark Kobby Mensah, played for Sekondi Hasaacas football club, and was part of the 1999 U-17 team; alongside Michael Essien, Stephen Oduro, Stephen Tetteh, Bernard Dong Bortey, Ismael Addo, Michael Osei under the tutelage of Cecil Jones Attuquayefio, but could not make it to the medial New Zealand after being bogged with a knee injury.

The National U15 football technical team is on a nationwide scouting exercise to select players for WAFU U15 Tournament in Burkina Faso in December, 2019.