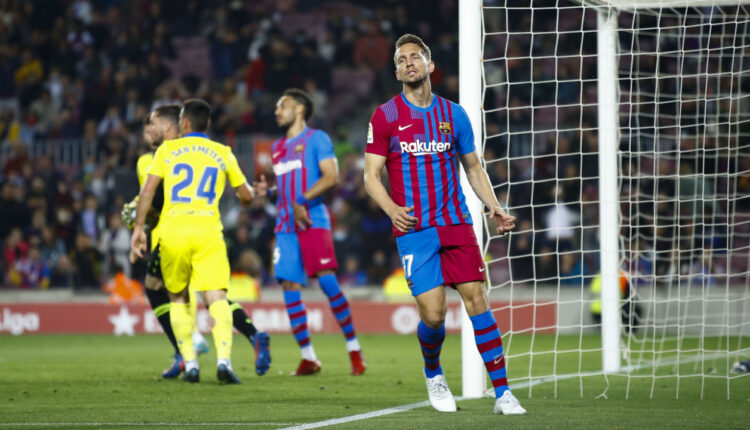 The visitors began the day in the bottom three but Lucas Perez poked in from close range just after half-time to boost their survival prospects.

Any hopes the Catalans retained of derailing their great rivals’ bid for a 35th top-flight title were slim before the visit of Cadiz, but this result will serve as a reminder of the gulf between Spain’s dominant teams.

Barca have been resurgent under Xavi since his appointment as manager in November and even thrashed the league leaders 4-0 at the Bernabeu last month.

But the Nou Camp club have endured a chastening week, with this defeat coming five days after they were beaten at home by Eintracht Frankfurt and eliminated from the Europa League semi-finals.

January’s Premier League signings Pierre-Emerick Aubameyang and Adama Traore were left out of the starting XI against Cadiz before being brought on as the home side sought an equaliser, but the visitors held firm.