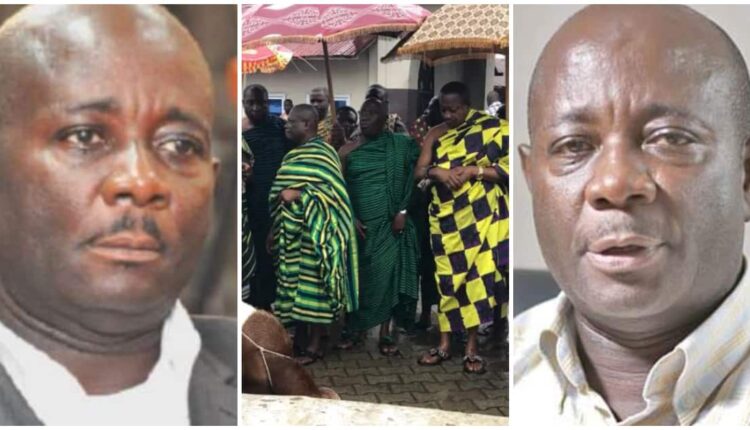 In 2021, Lands Minister, Samuel Abu Jinapor on a program to curb illegal mining was at Manhyia palace in Kumasi.

Preceding the program, the Lands and Natural Resources Minister in the company of Ashanti Regional Minister, Simon Osei Mensah privately met Otumfuor, asking Nana not speak to about a certain matter but keep to a script handed to him by the 2 Ministers. Do we remember?

At the event, Nana Otumfuor exposed Samuel Abu Jinapor and Simon Osei Mensah for privately asking him (Otumfuor) not to touch on a certain issue.

Proceeding, Otumfour said illegal mining (galamsey) is a major problem for the country and that where they were gathered, if there was a way to check who and who are involved in galamsey, he was sure some of the people (including opinion leaders, chiefs, Ministers etc) seated there at the event won’t escape the net.

That was Nana Otumfour himself speaking.

Is what the revered overlord said markedly different from what Akwasi Addai aka Odike said on Oyerepa? It is just a harmless question.

Please let us watch it.