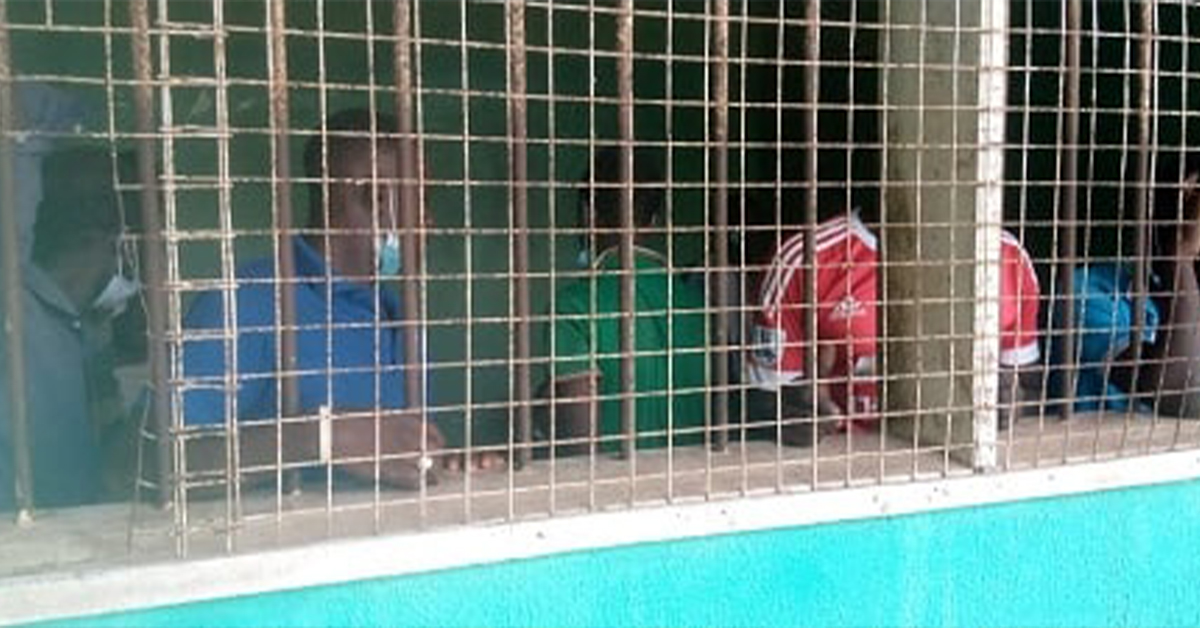 Four more persons have been arrested in connection with an alleged ‘Baby Harvesting and Trafficking’ incident that occurred in February, this year.

A statement signed by Dr Divine N. Banyubala, the Acting Registrar of the Medical and Dental Council, and Commissioner of Police Frank Adu-Poku (Rtd), the Executive Director of the Economic and Organised Crime Office (EOCO), said three babies have been retrieved, all safe and healthy in a foster home, pending the final determination of the cases.
The statement said investigation had begun into a fourth baby allegedly bought by one Nancy Obayaa Frempong.
It said Dr Hope Quashie Mensah of Susan Clinic, Lartebiokorshie, had been arrested and that all persons involved had been contacted and the docket almost ready for submission to the Attorney-General’s Office for advice and prosecution.
The statement said Dr Noah Kofi Lartey of Tema General Hospital had also been arrested and the mother (name withheld because she is a minor) of the second baby, who was sold at the Tema General Hospital, had been identified with the baby’s father, and their statements taken.
It said Nancy Obayaa, who was at large during the last press conference on Wednesday, January 20, 2021, was arrested on Thursday, February 4, and currently on EOCO enquiry bail, assisting with investigations.
The statement said Nancy was under investigation on the suspicion that she was not the biological mother of the two-year-old child in her possession.
It said she and her boyfriend connived with Leonard Agbley and Doris Badu to illegally purchase the baby from a health facility, yet to be identified, and that the case was under investigation.
The statement said Nelly Tagoe, the nurse in charge of the Neonatal Intensive Care Unit (NICU) at the Tema General Hospital, had also been arrested and currently on EOCO enquiry bail; assisting with investigations.
It said the auntie of the mother of the second baby had also been identified and her statement taken.
The docket was almost ready for submission to the Attorney-General’s Office for advice and prosecution, it said.
It said in February 2020, EOCO received information that two women had allegedly gone to purchase a baby from Susan Clinic at Lartebiokorshie, an information that precipitated the whole ‘Baby Harvesting and Child Trafficking’ investigations.
This led to the arrest of two women: Florence Acquah, a home help aide in the United States of America (USA) and Eleanor Ofori Nsiah (a former home help aide in the USA) at their residence at Manet in Ogbojo, while attempting to abscond with the baby to Agona Swedru.
The statement said in 2019, Florence was introduced to Dr Hope Quashie Mensah to help her adopt a baby and in February 2020, Dr Mensah contacted her that he had a baby available for adoption.
Florence then called Eleanor Ofori Nsiah, who was in Ghana, to pick up the baby, and she made a part payment of $2,500.00 to Dr Mensah.
Eleanor was arrested on February 4 while formalising the adoption process of the baby. She is currently on EOCO enquiry bail assisting with investigations. The little over one year old baby had been in her custody till she was arrested.
The statement said efforts were being made to contact Aku Elevu, a nanny to the baby, to assist in investigations.
It said ongoing investigations concerning baby harvesting cases had led to petitions being received by the Office.
It said on Friday, January 22, a petition was received from a woman who went to deliver at the Korle -Bu Teaching Hospital on May 6, 2018. At the Hospital she met a lady head potter (Kayayo) who had delivered a baby boy on May 5, but had abandoned her baby because she could not pay her bills of GH¢250.The petitioner asked the Office to investigate the whereabouts of the abandoned baby, the statement said, adding that the case was under investigation.
On Monday, January 25, 2021, the Office received another petition from a Banker who said in April 2016, she was rushed to 37 Military Hospital as a result of pregnancy complications.
She said Dr Hope Mensah referred her to his private facility at Susan Clinic because there was no bed.She said she had a normal delivery and heard her baby cry but was later informed the baby had died and disposed of without her consent.
The statement said on Tuesday, January 26, 2021 information was received that a baby had been abandoned on a refuse dump at Ogbojo cemetery and later some residents alleged the baby had gone missing.Upon investigations, EOCO later discovered that the baby was taken to the Ogbojo Police Station and later to the Ogbojo Polyclinic for medical attention.
It said Welfare Officers at Ogbojo Clinic subsequently moved the baby to the Greater Accra Regional Hospital where the doctor in charge examined and declared the baby clinically fit.
The statement said the baby was then referred to the Social Welfare Officer in Charge at the Hospital and was currently in a temporary shelter in Accra.
It said investigation was ongoing to identify the mother of the abandoned baby.
“We will continue to collaborate to protect public health and safety by preventing and detecting organised crime,” it said.
“We, however, send a word of caution to unscrupulous and faceless individuals spewing threats. The right authorities have been duly informed for the appropriate action to be taken.”
GNA
Baby HarvestingEconomic and Organised Crime Office
You might also like
News