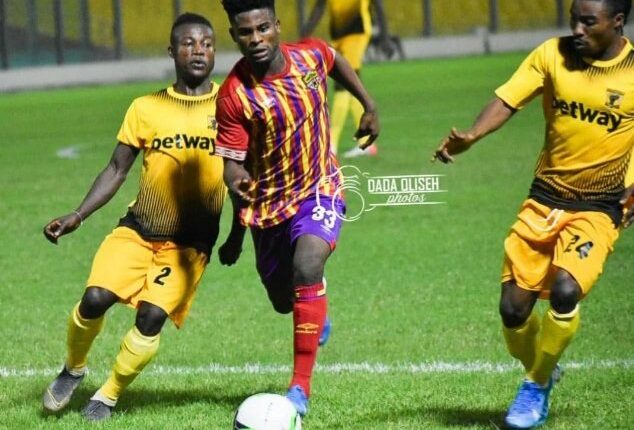 AshGold deepen the woes of Hearts of Oak

Hearts have now gone four matches without a win and have only three points to their credit.

The first half ended barren, and Hearts returned in the early stages of the second half but gave up as AshGold took over and scored twice to win the day.

It was Yaw Annor who took on the defence of Hearts on a solo move and succeeded in scoring in the 52nd minute.

Hearts struggled to come back into the game but failed as Abdul Salam made it two for AshGold in the dying embers of the game.