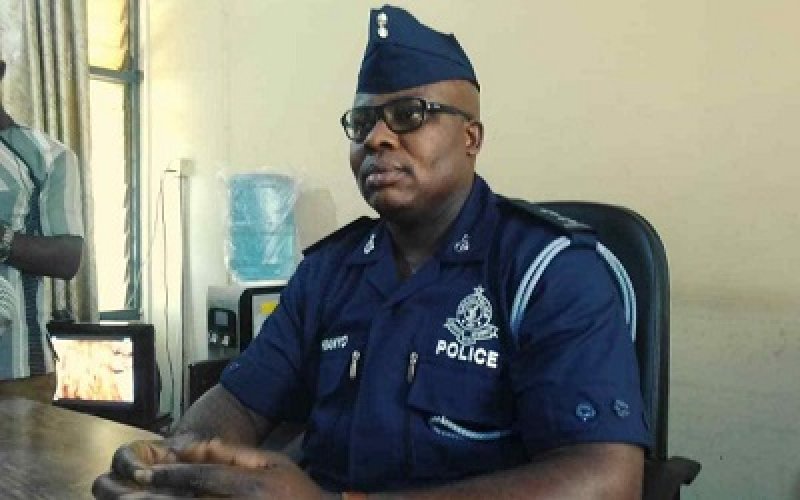 The Ashanti Regional Police Command has launched investigations into the shooting incident that led to the death of one person and injuries to many others at Adwumakaase-Kese in the Afigya-Kwabre South District.

Assistant Superintendent of Police (ASP) Godwin Ahianyo, Ashanti Regional Police Public Relations Officer (PRO) told journalists in Kumasi that the police were investigating the circumstances that led to the shooting incident by the police officers detailed for duty in the area on that fateful day.
Some residents in the Adwumakaase-Kese was said to have clashed with police officers who had gone to the town to arrest some people alleged to have removed a billboard erected by Nana Kwaku Twumasi, chief of Bomfo on a disputed boundary between Adwumakaase-Kese and Bomfo, both in the Afigya-Kwabre South District.
This led to a shooting by the police resulting in the death of one person and injuries to others including; some of the police officers.
The deceased has been identified as Emmanuel Addae 54 and the police officer who got injured also identified as Sergeant Isaac Acheampong.
Calm has returned to the two communities following a peace pact signed by the chiefs, Nana Asenso Kofo Ababio of Adwuamakaase-Kese and Nana Kwaku Twumasi, of Bomfo, at the Regional Police Command.
ASP Ahianyo said since the matter was a land dispute, it was reported to the Asantehene, Otumfuo Osei Tutu II, for amicable settlement.
He said the police had the two chiefs who agreed to iron out their differences and assured the people in the two communities that everything would be done to ensure total peace in the area.
On his part, Nana Asenso Kofo Ababio, chief of Adwumakase Kese, appealed to his townsmen to calm down and leave the matter to be handled by the overlord of the Asante kingdom, Otumfuo Osei Tutu II.
He expressed his condolences to the family that lost their relative, describing it as unfortunate.
Nana Kwaku Twumasi, chief of Bomfo condemned the incident and called for peace to prevail in the area adding Otumfuo Osei Tutu II, was the best person to handle the matter and any decision would be welcomed by him.
SOURCE: GNA
Ashanti RegionGhana Police