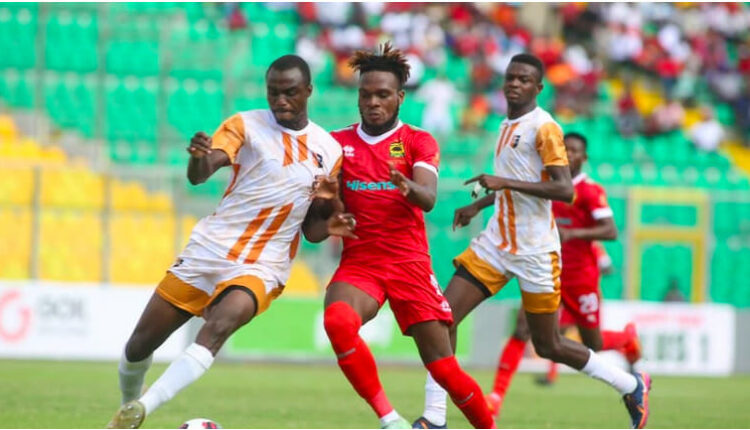 Asante Kotoko made over GH¢600K from RC Kadiogo gate proceeds

Despite the significant disappointment, it has been revealed that the club was able to secure the aforementioned sum from only gate proceeds. The management and technical team urged the supporters to fill the stadium so they could help them defeat the Burkinabe team over the weekend.

But that didn’t happen because they were eliminated on penalties after Asante Kotoko SC won 1-0 away and they gave up an early goal in the first minute to tie the game at 1-1 overall.

After failing to score at home, Asante Kotoko SC was eliminated on penalties with a 3-1 score.

As a result, the Ghanaian Champions were unable to move on to the second phase of the preliminary round.