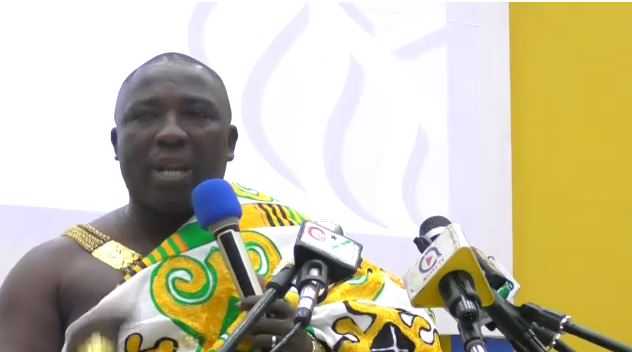 The Chief Linguist of Apinto Divisional Council, Nana Toku confirmed the incident to Skyy News on Thursday indicating that Nana Bediako was threatened by a certain man by name, Kakra, some few days ago before the unfortunate incident happened.

According to the Linguist, Kakra, threatened Nana Bediako III saying, “If they hear of any information concerning the death of Gyasehene, he is the one responsible for it”

This, he explained that, Krakra acquired a land for gold mining purpose which he was advised to give it up for the community mining initiative to give employment to the community members.

Also, Nana Bediako made an effort to convince Kakra to give up the land for the project, which he refused, leading to the government to forcefully repossess the property.

However, this made Kakra to think that Nana Bediako was involved in the process leading to the loss of his property.

Nana Toku made it known that the victim’s car was last seen in front of Abi National in Awudua, in the Prestea Huni-Valley Municipality with his two mobile phones in the car, and his key in ignition mode.