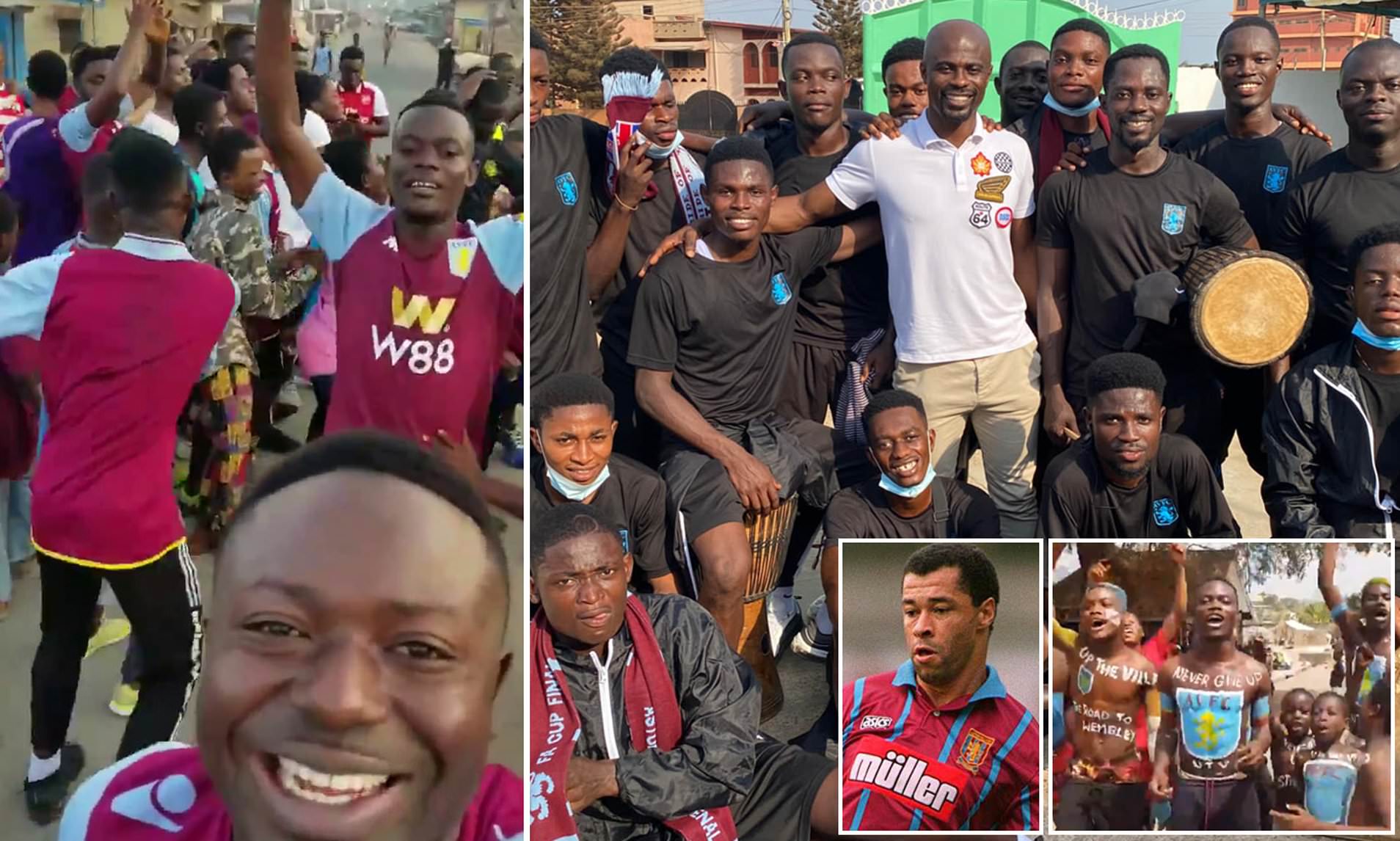 Eerily quiet matchdays have become the norm in England, but over 5,000 miles away supporters of one Premier League side are dancing in the streets… of Juaben. A small town in the Ashanti Region of Ghana, the locals love their football and one team in particular. Not Manchester United, not Chelsea or Liverpool, but Aston Villa.

When the day their team plays comes around, much of the town wakes up at 5am, dons their claret and blue attire and begins marching, dancing and singing songs through the streets to passionately declare their love for the Midlands team.

At the heart of it is 21-year-old Owusu Boakye Amando, founder of the Ghana Lions, who estimates there are now over 1,000 Villa supporters in the town. And that number is growing after he convinced supporters of the big names to move towards the team in claret and blue.

Owusu told Sportsmail: ‘Every Sunday morning it is our routine. We have to be fit and more active so that we can chant, so we do exercises and after that, we will chant and chant and go on for more than three hours.

‘When we come back we start the chants using the names of the footballers who play for Aston Villa, and we chant against the opponents we come to play against. We do some chants and we all watch them play together.

‘Most people were Chelsea fans, Man United fans, Barcelona fans. They are all joining us as Aston Villa fans now! Because what we are doing is amazing.’

So just how exactly did a town so far away become such avid supporters of a side who have not won a major trophy since 1996 and have spent recent years in the Championship? Owusu explains it is down to his grandfather and one Villa icon in particular.