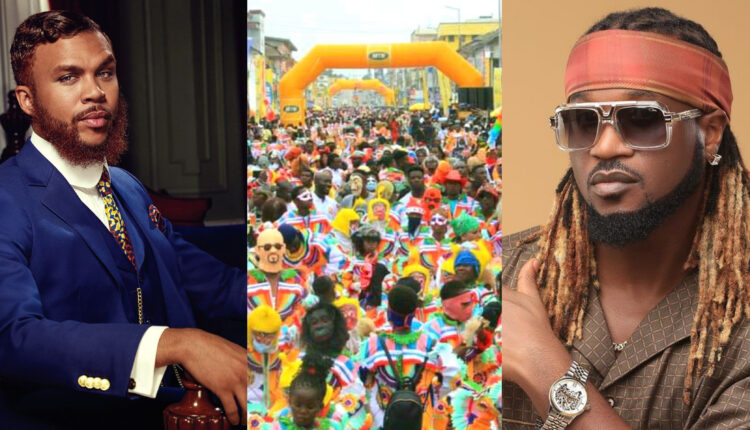 It is no doubt that the Sekondi-Takoradi Masquerader’s culture is one of the popular traditions in the world right now since it gained recognition from all corners.

The Masquerader’s culture which is celebrated and climaxed with the Westside Carnival on December 25th and 26th, including the New Year, sees tons of foreigners flock into the beautiful twin city just to have a glimpse of the celebration with millions witnessing it virtually worldwide.

However, celebrities, both local and international have been reacting to the celebration which sees the participants in their colourful costumes and face masks parading the streets, showcasing and dancing to brass band music.

The recent celebrity to react is American singer, Jidenna, who is popular for his ‘Classic Man’ hit song. He was amazed at the beautiful culture as the masquerader’s vibed to his ‘Bambi’ hit song sampled by the brass band crew saying, “From Sekondi-Takoradi, Ghana 🤩 This is magnificent!!! Happy New Year”

He reacted to the video by posting it on his Instagram, video below:

Also, Nigerian megastar, Rudeboy of PSquare fame did not want to be left out of the fun as he also posted a video of the Christmas celebration in Takoradi on his Facebook page as a group vibed to the brass band version of his hit single, Reason With Me.

He said, “Shoutout to my #firedepartment