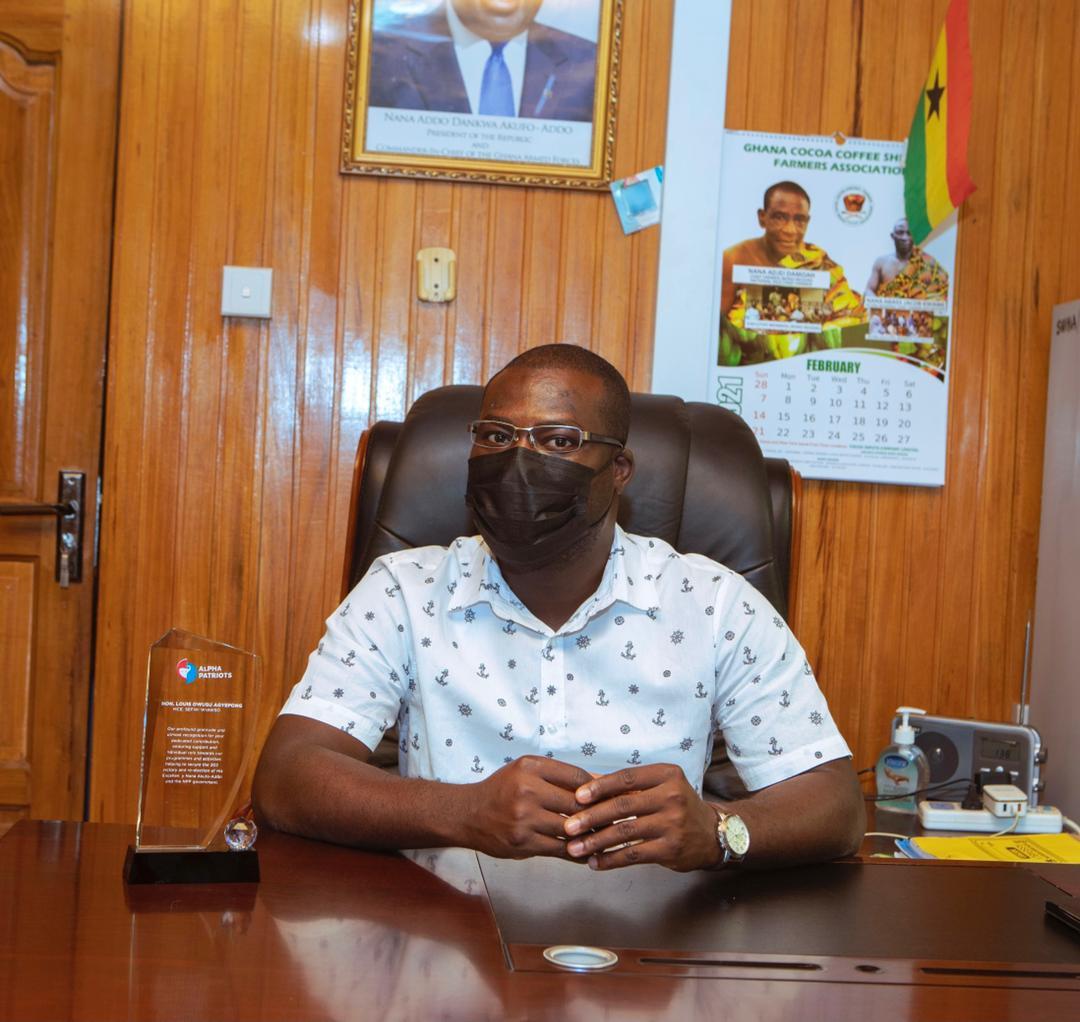 Alpha Patriots, a volunteer group in the New Patriotic Party ( NPP), has honoured Mr Lious Owusu-Agyapong, the Municipal Chief Executive (MCE) for Sefwi-Wiawso for his support and dedication during the 2020 election campaign. 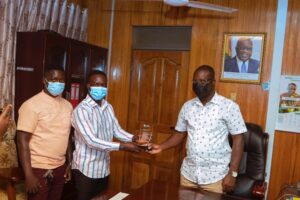 The group said the MCE’s leadership enabled the party to maintain the Parliamentary seat and to win the Presidential election in the Wiawso constituency for the first time.

The group recognized the MCE’s sense of responsibility in resourcing and sponsoring the activities of the group to propagate the government’s programmes and policies within the Wiawso constituency.

“Alpha Patriots received tremendous support from the MCE and other individuals during the 2020 election campaign hence the appreciation.”

“Alpha Patriot Western North is grateful for the support and the role you played to ensure President Nana Akufo-Addo was re-elected.”

Mr Percy asked the MCE to ensure the accelerated development of the area.

Mr Owusu-Agyapong was full of praise to the group for recognizing his efforts during the 2020 Presidential and Parliamentary elections.

“I am humbled for the recognition Alpha Patriot has given me. This shows that whatever we do, in one way or the other, someone somewhere is monitoring. It is so refreshing that I have been appreciated,” Mr Owusu-Agyapong said.

The MCE pledged to ensure government policies and programmes were well propagated in the area.