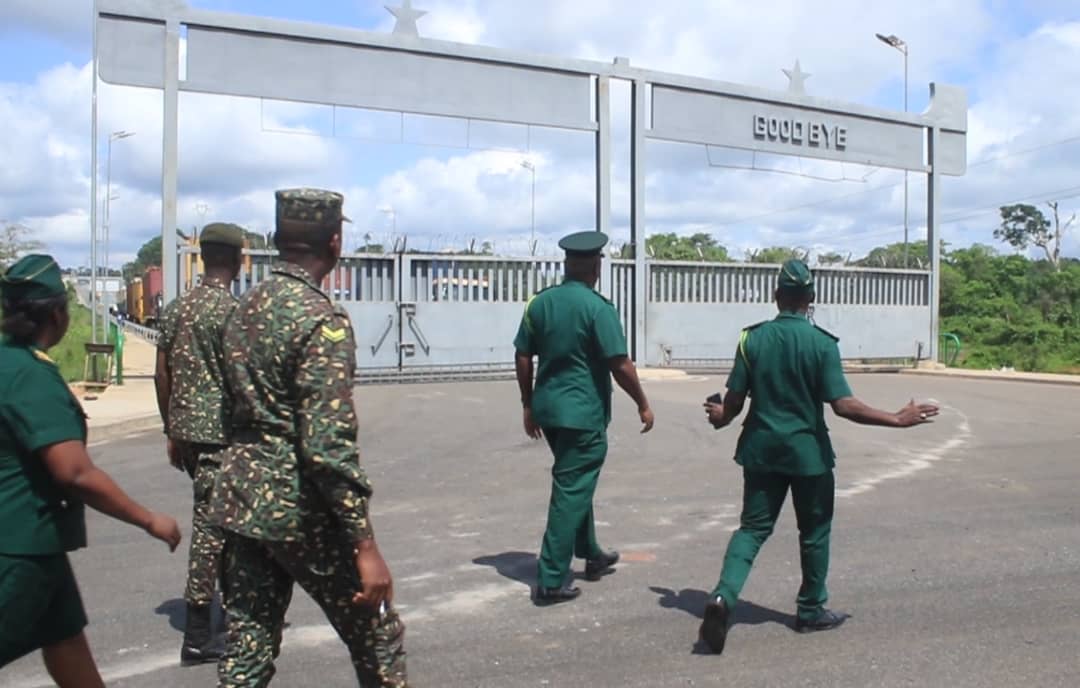 The Western Region Commander of the Ghana Immigration Service, DCI/DR. P.P.D Asima says all unapproved routes in the Western Region, have been sealed, to avert intrusion or illegal entry into the country, amid the COVID 19 crisis. He disclosed that, a host of these unapproved routes have been identified, and for which, a 24/7 surveillance have been effected to protect our territory, and to further reinforce actions in the President’s directive on the closure of the borders to all human traffic.

In line with this, the service have increased their number of officers assigned on patrol. They will as part of a combined strategy, be courting the support of the chiefs and elders of communities along these routes and the border, to impress on people to collaborate with all relevant stakeholders, and thus enhance information sharing for prompt action to curtail any incident.

The service will also be engaging the membership of Elubo Border Security Committee (BOSEC) to evaluate their border management operational strategies. BOSEC is expected to work to deter and possibly arrest all recalcitrant travelers who may out of desperation resort to the use of some of the unapproved routes.

DCI/Dr. P.P.D. Asimi during a working visit at the border yesterday, explained that these measures will complement efforts in stopping the virus from entering the country through our neighbouring country; Ivory Coast.

“No matter how many or who wants to come, they will be stopped from coming. The order is that our borders are closed” he reassured.

Touching on the safety of their personnel, the Commander indicated that the service has made adequate provision of Personal Protective Equipment (PPE), to insulate them from any threat of infection from an infected person or a carrier. He added that plans are afoot to replenish them as they get used up.

“And they have also been given funds to procure some veronica buckets so they could constantly wash their hands.

“The whole thing is evolving. So as it evolves, we step up the kind of equipment, the facilities that they will need to protect themselves. But we have an adequate number of them” he said.

He continued, with some assurance that, the risk of coming into contact with the virus is marginal, given that the mandated authority; Port Health Authority, will first have to screen any person that uses the port or is arrested at the unapproved routes, before handing them over to the Immigration Officers. He added that precautions are given to all personnel on duty as to how to handle cases.

“They [Port Health] are the first line of contact, so far as health issues are concerned. So when it comes to health, we always defer these issues to them. They will meet the individuals first, when they are cleared before we get nearer to them” DCI/DR. P.P.D Asimi stated.

Additionally, some of the community members as well as officers, from sister security agencies, were individually engaged at various points en route to some of the unapproved routes,

They equally, pledged their resolve to fully cooperate with the Elubo Sector Command of GIS, towards preventing the spread of the deadly coronavirus into the Western Region.