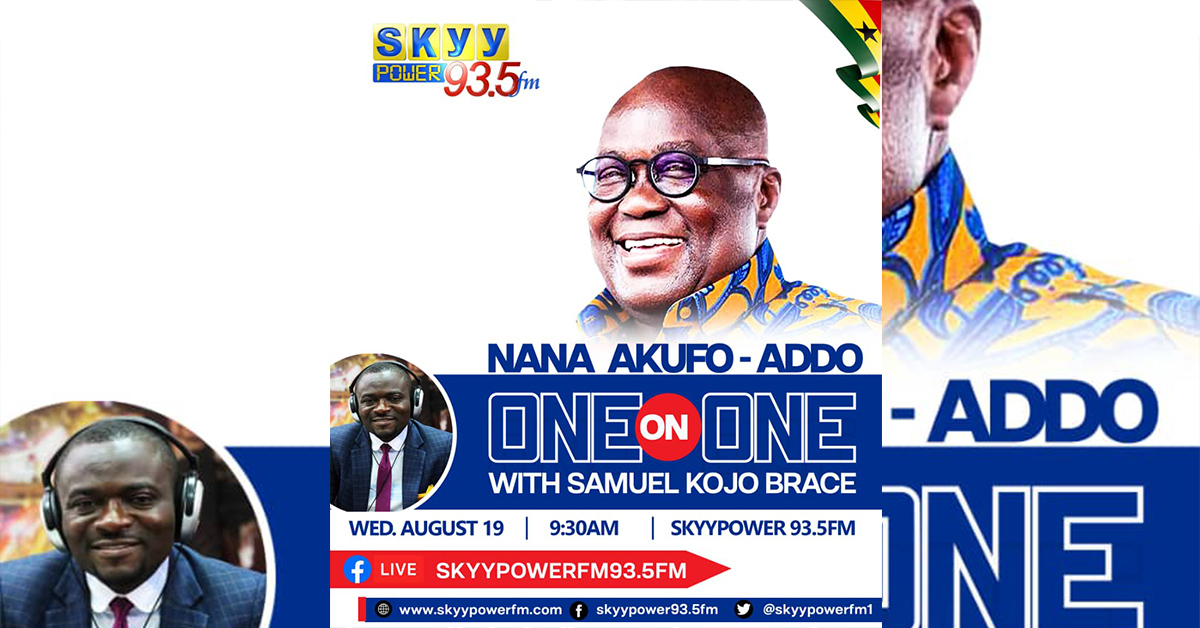 Ghana’s President, Nana Addo Dankwa Akufo Addo is currently in the Western Region of Ghana for a two-day visit to the region.

The President is inspecting some ongoing projects initiated by his government and has  also been cutting sod, for new projects to begin.

One of the huge projects, the people of Western Region are expecting the President to break grounds for its commencement, is the redevelopment of the Takoradi Market Circle.

He will also meet the Western Region House of Chiefs for a chat on the development of the Region.

As part of his schedule, the President will storm the studios Western Region’s biggest radio station, Skyy Power FM in Takoradi for a one on one interview with host of the Jolly Breakfast Show, Samuel Kojo Brace at exactly 9:30 am on Thursday.

Issues expected to be discussed will cover, roads, health, education and many others.

The President has already inspected some road projects including the Nkroful to Esiama road among others. The President indicated after the inspection that, he is not building green book roads as was done by former President John Dramani Mahama and the NDC.