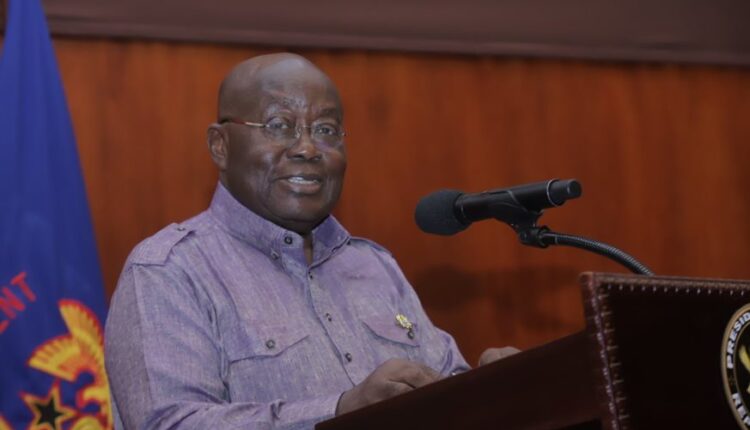 The State Interest and Governance Authority (SIGA) has been given a month to provide a report to the Presidency on the reasons behind violations by State-Owned Enterprises in the 2021 Auditor Report. General’s This deadline was set by President Nana Addo Dankwa Akufo-Addo.

Therefore, he has given the Director-General of SIGA instructions to investigate the root causes of those violations, identify the individuals responsible for those breaches, and make the required recommendations in accordance with the law, all before submitting a report to the Chief of Staff.

The President issued the order on Monday at the Jubilee House at a meeting with the board chairs of several State-owned Enterprises (SoEs).

Over 170 board chairmen attended the meeting to create a plan for making SoEs effective and productive to contribute effectively toward the economic growth of the country.

The meeting, which drew over 170 board chairs, was to chart a roadmap to make SoEs efficient and productive to contribute effectively toward the economic growth of the country.

President Akufo-Addo expressed disappointment over the numerous SoE violations found in the Auditor General’s Report on the public accounts of Ghana for 2021 and insisted that the heads of the specific agencies whose outfits were found at fault in that time period give an explanation for their inactions.

“I believe all of you have read the 2021 Auditor General’s report and have seen the numerous infractions stated on the part of the specified entities. The report clearly shows an increase in infractions which demands answers from all of you here,” he said.

The President reminded the Specified Entities that they were established to deliver effective public services, foster public economic activity, contribute to GDP, lower imports, boost exports, and enhance the national economy while generating jobs for Ghanaians.

But he pointed out that the current course of events “neither portrays that picture nor reflects favorably on the administrators of our Specified Entities, oversight institutions, and the government itself.”

“It is a clear indication of poor supervision and management, as well as poor enforcement of implementation and sanctions of the needed measures.

“I appointed you as leaders of these Specified Entities with the strong belief that you would ensure a positive change in the narrative of loss-making entities and build value for the people of Ghana. That has not happened, so I expect more from you.

“Today, as we dialogue, I want to know from you what, you believe, are the causes, and for us to agree on solutions to address these infractions pointed out by the Auditor-General and the 2020 State Ownership Reports. I want to see a marked improvement in these reports next year. Things must change,” he said

President Akufo-Addo told the board chairs that their hard-earned reputation and honour were at stake “if things crumble under your watch”, and “there are also serious sanctions in the SIGA Act and other laws for mismanagement, negligence and outright malfeasance.”

He entreated them “to take seriously the honour bestowed on you to serve the country, contribute to its socio-economic development, and ensure improved performance of your respective Specified Entities.

“We are not in normal times, and people are eager to blame somebody; let us not make it easy for people to blame us. We can defend and be excused for what is humanly beyond our control; but for those that fall under our purview of responsibility and capacity, let us do our best.”

The President charged the board chairs to ponder over why Specified Entities were not faring well whilst their counterparts in the private sector were thriving in the same sectors and making gains.

“I charge you to change the narrative. I look forward to a better picture when we meet next year by this time,” he said, encouraging the entities to trade amongst themselves to increase production and patronage of domestic products and services.”

Mr. Joseph Cudjoe, Minister for Public Enterprises, said the current economic indicators meant that heads of SoEs must as a matter of urgency take tough decisions to make their entities profitable to contribute to the government’s budget.

He pointed out that if things remained the same, private enterprises would have a competitive advantage and render SoEs unprofitable overall and urged the Board Chairs to work hard to address the negative attributes that had been used to describe their entities.

Deputy finance minister Abena Osei-Asare noted that though there was unanimity in the external factors that contribute to the challenges facing SoEs, there were some that were squarely within the control of leaders of those entities.

“Issues ranging from tackling managerial efficiencies to innovating new business models to respond to changing market conditions should closely be considered to help drive our SOEs to contribute their expected parts efficiently to support the economy, especially in these unique and challenging times that we find ourselves”

The Deputy Minister noted that one of the key elements of the government’s negotiations with the IMF would be how better the government manages or limit the risk associated with SoE liabilities.

She urged heads of the specified entities to formulate strategies that would enable them to reduce debt and other liabilities.