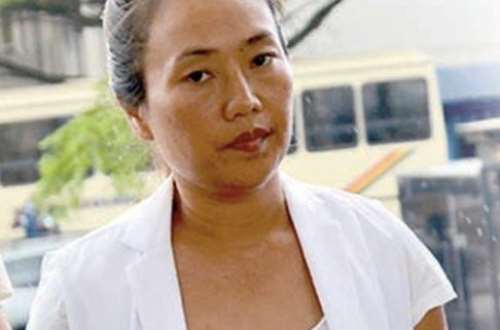 The lawyer for the alleged galamsey Chinese Kingpin has described his client as a simple housewife who is trying to make ends meet in Ghana.

After standing trial for illegal mining activities, the State filed a nolle prosequi (an application to halt a trial) in 2018, leading to Aisha’s deportation.

According to research done, if it is determined that she violated the nation’s immigration laws, she may spend 24 months in jail.

Speaking on Skyy Headline News with Roseline Djan on Wednesday, September 14, the lawyer for the accused, Mr Nkrabea Effa-Dartey described his client as innocent and that she has not committed any crime to be subjected to such treatment.

He noted that if truly his client was deported, why then did the immigration officers at the borders not stop her from re-entering the country?

Speaking further, he indicated Aisha Huang is just a simple housewife like every Ghanaian woman trying to make ends meet for her family.

He said, “At the bottom, she is just a housewife, an innocent Chinese woman trying to make ends meet in Ghana”