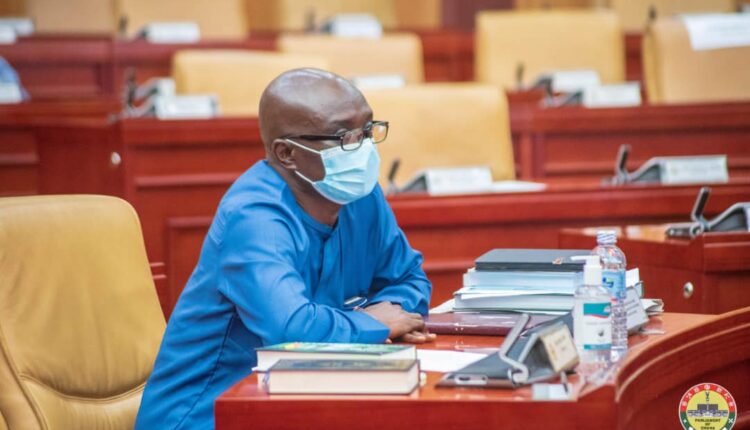 The Member of Parliament for Ahanta West Constituency and Minister for Chieftaincy and Religious Affairs, Lawyer Ebenezer Kojo Kum has fulfilled a promise he made to the Christian Divine Church in Dixcove.

The Member of Parliament in a visit to the church prior to the 2020 general election, promised to donate an amount of GHS 5,400 to support the work of the Lord.

This was after the Head Pastor, Paul Essien prophesied a victory for him in the election.

Lawyer Ebenezer Kojo Kum also made the pledge as part of his 54th birthday celebration. Presenting the cash to the church, the Chieftaincy Minister, indicated that he owes God an appreciation after making him victorious in the 2016 election.

He says, the head pastor of the Church, Paul Essien prophesied about his victory and it came to pass. The cash donation was presented to the church on Sunday, May 2, 2021.

The Head Pastor of the Church Pastor Paul Essien thanked the Member of Parliament and prayed for him to succeed in his new appointment as the Minister for Chieftaincy and Religious Affairs.

He advised other individuals and organizations who promise to support God’s work to fulfil accordingly.