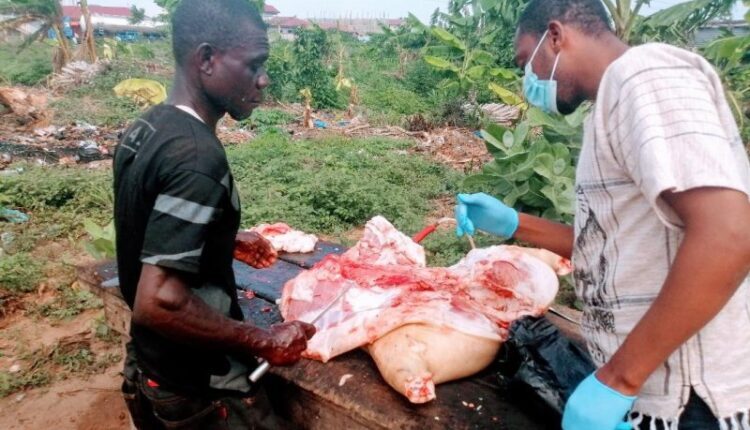 There have been an outbreak of African swine fever in farms in some parts of Ghana, especially in the Greater Accra Region and some parts of the Eastern Region.

Hundreds of pigs have been killed within the Kpone-Katamanso Municipality due to the outbreak, Dr Emmanuel Kwao Pecku, Municipal Veterinary Officer, revealed that the disease was spreading fast amongst the pigs.

However, Dr. Simon Gbene, a Senior Veterinary Officer in the Western Region disclosed that, there have not been any signs of the African swine fever amongst pigs in farms in the region.

Moreover, if pigs are infected with the disease, the veterinary officers in the region are ever ready to curb it within the shortest possible time.

“This is not the first time we have had such an incident in the country or the region. In the Western Region, we once had an outbreak and we were able to manage it. This is manageable,” he said.

“I would like to encourage people in the Western Region not to fear and keep enjoying their pork, because the pork industry is a very expensive one which creates jobs and resources for the country. We can not look upon for a manageable disease to collapse such an industry, that will be a mistake.”

“People should not think about the disease, it only affects the pigs and not humans, we will manage it when we have an outbreak in the region.” He added.

He then entreated pig farmers to take good care of their pigs and not allow them to feed on refuse dumps or to gallivant.