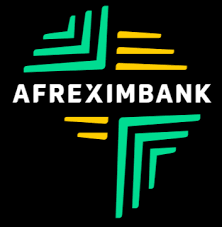 Afreximbank to pilot Pan-African Payments and Settlements System in April

The President of African Export-Import Bank (Afreximbank) Prof. Benedict Oramah and the Secretary-General of the African Continental Free Trade Area (AfCFTA), Mr. Wamkele Mene has called on President Nana Akufo-Addo at the Jubilee House in Accra.
As the Champion of the African Union Financial Institutions, the meeting was to brief President Nana Akufo-Addo on progress on the deployment of the Pan-African Payments and Settlements System (PAPSS), which is on track and scheduled to commence piloting in April and to be fully launched in June 2021.
An update on transactions funded by Afreximbank in Ghana was also provided.
Speaking at the meeting, Prof. Benedict Oramah said that Afreximbank had approved an amount of US$500 million to support the clearing and settlement for PAPSS in the West African Monetary Zone (WAMZ) countries where the pilot will be implemented.
It is envisaged that an amount of US$3 billion will be required to support the system upon full continent-wide implementation.
“On behalf of the Board of Afreximbank, I thank and commend His Excellency Nana Akufo-Addo for endorsing PAPSS as a critical instrument for full AfCFTA implementation and boosting intra-regional trade.
PAPSS will be rolled out across the continent to facilitate trade, removing major constraints to Africa’s regional payment systems. We count on President Akufo-Addo’s continuous strong support for integration to the BCEAO once integration with the central banks in the WAMZ region is completed, thereby achieving full ECOWAS integration,” added Prof. Oramah.
Afreximbank is in advanced discussions with other countries and regional payment systems, including COMESA REPSS, Zimbabwe and Angola, for connection to the system post-pilot phase.
Prof. Oramah also briefed President Akufo-Addo on the Fund for Export Development Africa (FEDA), a private equity investment entity whose primary objective is to facilitate Foreign Direct Investment (FDI) flows into Africa’s trade and export sectors.
He added that the AfCFTA Adjustment Facility, which Afreximbank is supporting the African Union and the AfCFTA Secretariat to develop, will among other things, cushion African Governments from the AfCFTA-induced tariff revenue loss and allow countries to make smooth adjustments to the AfCFTA.
It will provide medium-term financing for countries as well as the private sector to build efficient trade facilitating infrastructure, expand and retool their productive capabilities, build new ones as well as retrain and develop needed skills to drive the expected industrialisation to effectively boost intra-African trade under the Free Trade Agreement.
The Board of Afreximbank has already approved the participation of the Bank to the tune of US$1 billion.

On the African Union-supported effort for increasing the capitalization of Afreximbank, Prof. Oramah sought the support of President Nana Akufo-Addo as a champion and the participation of Ghana.

In his response, President Akufo-Addo commended Afreximbank for advancing the course of developing the African continent through Trade and Industrialisation.

He reaffirmed that PAPSS could be effective in terms of its ability to facilitate trade and investment in the ECOWAS region, and said it was good to hear that the pilot project was on course. He stated that the role of Afreximbank as the enabler of intra-Africa trade for the development of the continent was exceptional and should be supported by all.