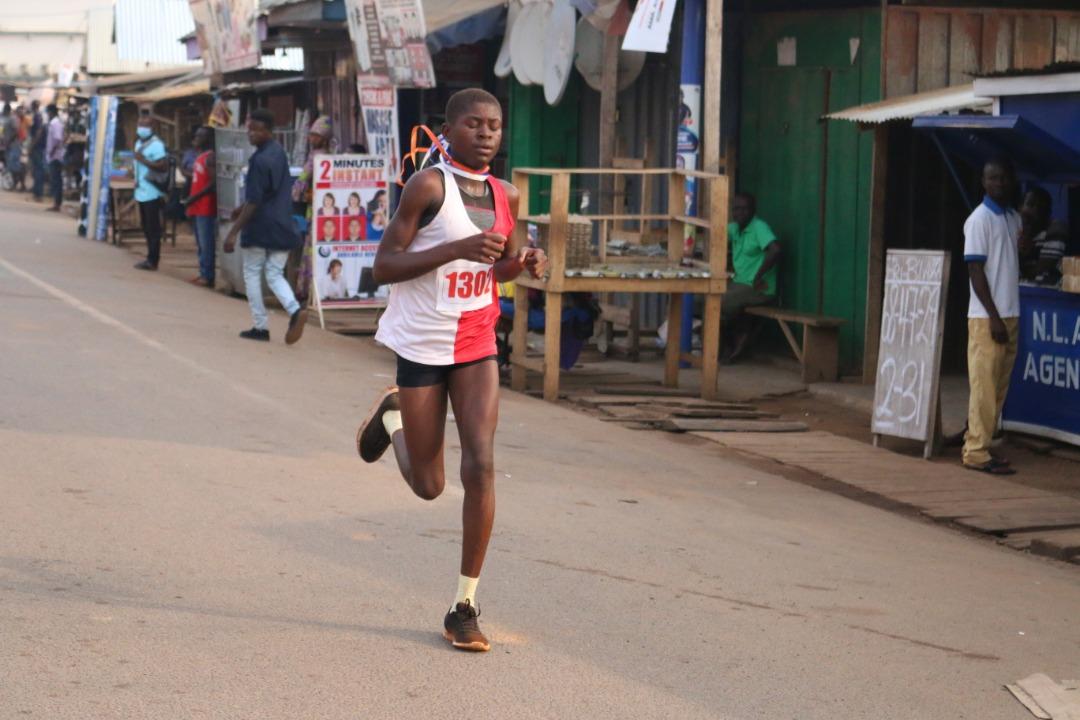 Afful Basit from the Central Region and Belinda Segbobu from the Upper West Region stole the show at the 2021 National Cross Country race organized by the National Sports Authority (NSA) at Sefwi-Wiaso in the Western North Region, on Saturday.

Basit, making his third appearance in the competition clocked 29m 44s.14 to win the Men’s category ahead of John Kudan and David Nakuosi from the Ashanti Region and Upper West Region made a time of 30m.15s.48 and 30m.20s.09 respectively in the 20km race.

The race which started in the early hours of Saturday at Ayemkrom and ended at the Glistering Park at Sefwi-Wiaso had 200 athletes drawn from the 16 Regions participating.

In the female category, Segbofu, beat Sherifa Moro and Rosina Tit with a time of 35m.11s. She beat the duo with a difference of 35 seconds to emerge top.

The two athletes told the GNA Sports they prepared well for the competition and were hungry to compete for Ghana on the international front.

Overall, Ashanti Region picked 20 points to place first as the best Region, whilst Central Region and Greater Accra occupied the second and third position with 50 and 75 points respectively in the Men’s category.

In the female division, Upper West emerged as the best team with 22 points, followed by Ashanti Region (32 points) and Eastern Region (86 points) in that order.

For their efforts, the first three athletes in both categories received a cash prize of GHc3,000, GHc2,000 and GHc1,000 whereas the best Region received GHc10,000.

Also, all the participating athletes were presented with certificates, a book authored by the NSA Director General Prof. Peter Twumasi and products from Pomasidor Ghana.

Mr. Kofi Aboagye, a Pharmacist in the Region made a special donation of undisclosed cash to Western North Region for successfully hosting the competition.

The NSA Director General, after the event told the GNA Sports, “this is one of the competitions we can use to raise long-distance runners. When it comes to long-distance running in Ghana, we really don’t put in resources to harness their potentials. When we continue to do this, we can identify talents in Ghana to match their opponents on the international front.

“We would mold and polish these talents for major competitions. We are satisfied that these budding talents would have the resources to be ready for the world. There were scouts here and some of these athletes would be picked.”