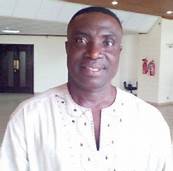 The Chairman for the Parliamentary Select Committee on Sports and Culture, Hon Alex Agyekum has revealed that his outfit tried as much as they could to get the Sports Minister, Hon Isaac Asiamah to make public the Black Stars budget for the AFCON campaign in Egypt but they were snubbed.

According to him, they wanted the budget to be made public so as to enhance confidence of the citizens in football governance in the country in this period of normalization and to also enhance transparent and good governance as required by democracy.

He was of the view that, if the Minister had heeded to this advice, the hullabaloo that greeted his statement of accounts in Parliament yesterday would not have happened. He warned against future repetition of this bad precedent by the Sports Minister and hoped that lessons will be learnt in order to chart a different path in the future.

He made this revelation when he spoke to Aboagye Agyemang on the Skyy Ghana Sports on Skyy Power FM on thursday afternoon.