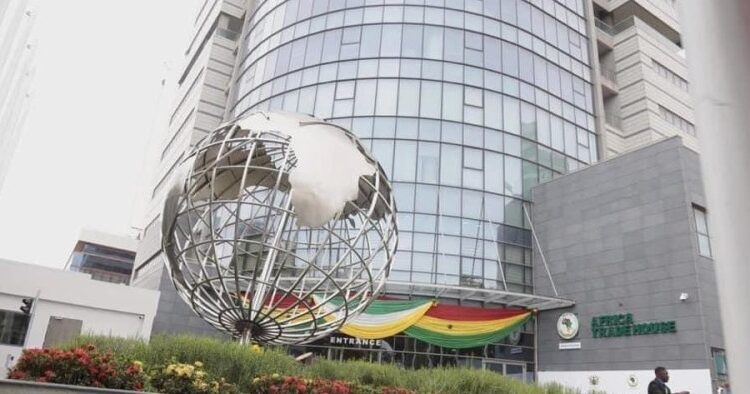 Officials of the National African Continental Free Trade Area (AfCFTA) Coordination Office have paid a working visit to the Ghana Ports and Harbours Authority (GPHA) to foster the needed relationship.

The visiting delegation, led by Dr Fareed Kwesi Arthur, Head of the National AfCFTA Coordination Office, was to strengthen their relationship to achieve the national objective within the Trade Area.

Dr Arthur recognized the significant role of GPHA and the entire maritime and shipping industry in Ghana’s AfCFTA aspirations.

He said the GPHA played an important role in trade facilitation to enhance the movement of goods and services through the border posts, and transit, among others.

He added that trade infrastructure was another important aspect of achieving the aims of AfCFTA, he said GPHA could feature prominently by ensuring that the appropriate infrastructural setup which included ports, roads, and aviation was in place for the movement of goods and services across the continent.

He said his outfit would embark on some initiatives as part of its pivotal role in coordinating the affairs of the various key stakeholders driving Ghana’s trade with the rest of Africa.

He noted that since his outfit commenced its work, they have been holding several sensitization sessions across all the regions in Ghana, including two national conferences, and were planning to hold the third in May.

Mr Michael Luguje, Director General of GPHA assured us that the Authority was ready to partner with the National AfCFTA Coordinating Office, to realize its stated goals.

Mrs Esther Gyebi-Donkor, General Manager in charge of Marketing and Corporate Affairs at GPHA, said her outfit was interested in the regional integration and had already started making decisions and investments in that direction.

She said the GPHA was sensitive to such special trades, adding that the transit trade, for instance, was a key factor within the AfCFTA, and the Authority had already embraced the fact that they needed to grow that trade, which the Port Authority had been pushing already.

She explained that to facilitate trade, the GPHA had made different provisions that have lower tariffs for the coastal traffic which was lower than the normal traffic.