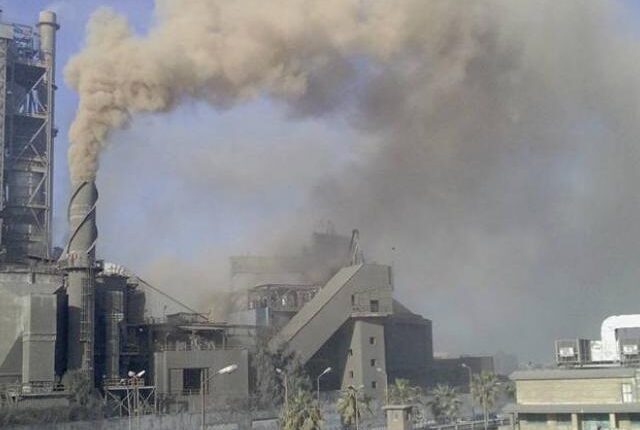 Activities from Diamond Cement will kill us – Bukro residents cry

Residents of Bukro, a town in the Ahanta West District of the Western Region are lamenting over the activities of Diamond Cement Ghana Ltd in their community.

Speaking in an interview with Samuel Kojo Brace, Skyy Power FM’s Jolly Breakfast Show (JBS) host, they indicated are at a higher risk to suffer from a disease in the near future as the production process of the cement emits some dust which pollutes the community making breathing somehow difficult.

“The byproducts (clinker) from the cement processing is left in the open and not properly disposed of, so when a ‘little’ wind blows it carries the clinker which is mostly dust to the community,” a resident said.

She made it known the clinker makes its way to their homes and their rooms which to them is poisonous as they have started counting their days to death.

The resident made it known they are pleading with the government to intervene in this situation by directing the factory to apply the safety measures, especially disposing of their clinker in a much safer manner rather than leaving it in the open.

Another local of Bukro made it known even tho the Diamond Cement factory has employed some locals in the community, that is not enough for them to pollute their community and put their health at risk.

He said, “I have been to the factory recently and I saw a heap of clinker disposed just outside the factory without it being covered.”

“Every morning we see our compounds, materials and buildings covered in white dust, especially during the dry season, this is what we breathe in from night to morning and this is because of poor measures taken by the company to safely manage the clinker.”

“Not only the clinker is a problem, but the noise they make during their operation is terrible, imagine coming from work and wanting to rest but you can’t due to noise coming from the factory.”

The resident also denied the company honouring their Corporate Social Responsibility (CSR) in the community as to how most organisations are supposed to.

They are calling on the management of Diamond Cement and Environmental Protection Agency(EPA) to listen to their plea and respond as quickly as possible in order to save them otherwise mass demonstration will be actioned.