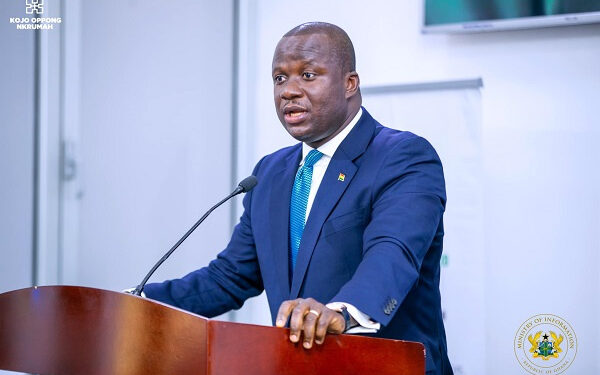 Mr Samuel Abu Jinapor, the Minister for Lands and Natural Resources has dismissed reports suggesting that the Government has gazetted an Executive Instrument (E.I.) to approve the redesignation, sale or development of Achimota Forest.

He said the passage of E.I. 154 (Declaration of Lands Remaining as Forest Reserve) by the Government rather sought to protect the ecological integrity of the land.

In a media engagement on Tuesday, the Minister said contrary to the reports, the Instrument barred any physical development on any adjoining land that was likely to adversely affect the ecological integrity of the Forest.

He said the Government had always intended to upgrade the Achimota Forest into a Forest Reserve, which was, “fit for purpose and befitting of Accra as the capital.”

“If you look at the request I made of the President for an Executive Instrument, I did indicate in the final paragraph that in order to motivate the discretion of the President to give approval for us to proceed as we’ve done, I did indicate and I quote: ‘The Ministry intends to develop the forest into an ecotourism Park along with the likes of Central Park in New York or High Park in London,’” he stated.

Meanwhile, Mr Obed Owusu-Addai, Co-Founder of EcoCare Ghana, said the declassification of the Achimota Forest would be “unprogressive” and an affront to the country’s commitment to conservation.

He said any such move would be troubling, especially in the wake of global calls to protect vegetation and nature with more trees as part of climate change adaptation and mitigation.

“Parks such as Achimota serve as carbon sinks so it needs to be protected,” he said.

“That is the only green facility in Accra, we need it to absorb emissions,” he added and hinted of the readiness of lawyers of non-governmental organisations in environmental protection to fight any move to declassify the Forest.