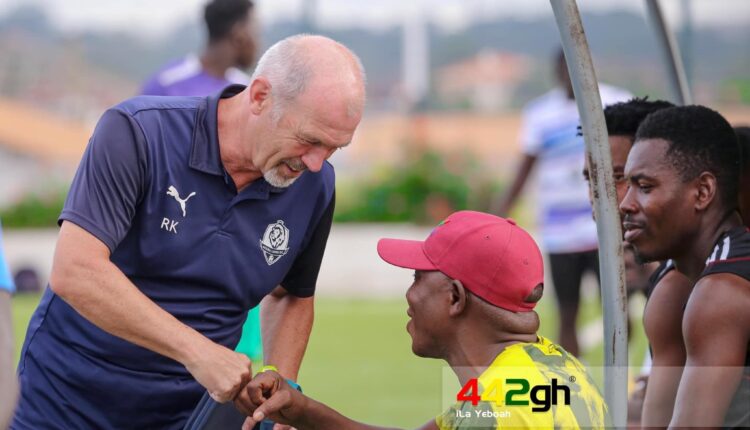 Skyy began their journey with Gold Stars goalless and then went further to beat Bofoakwa four goals to nothing. Skyy FC in their next match against Tema Youth drew 1:1 at the final round of the group stages.

After the game, a picture circulated on social media between Rainer Kraft and Malik Mohammed having a chat. Coach Malik revealed that the German asked him to beat Tema Youth in the final purposely for him.

Skyy FC was crowned as champions of the super cup after 7:6 on penalties