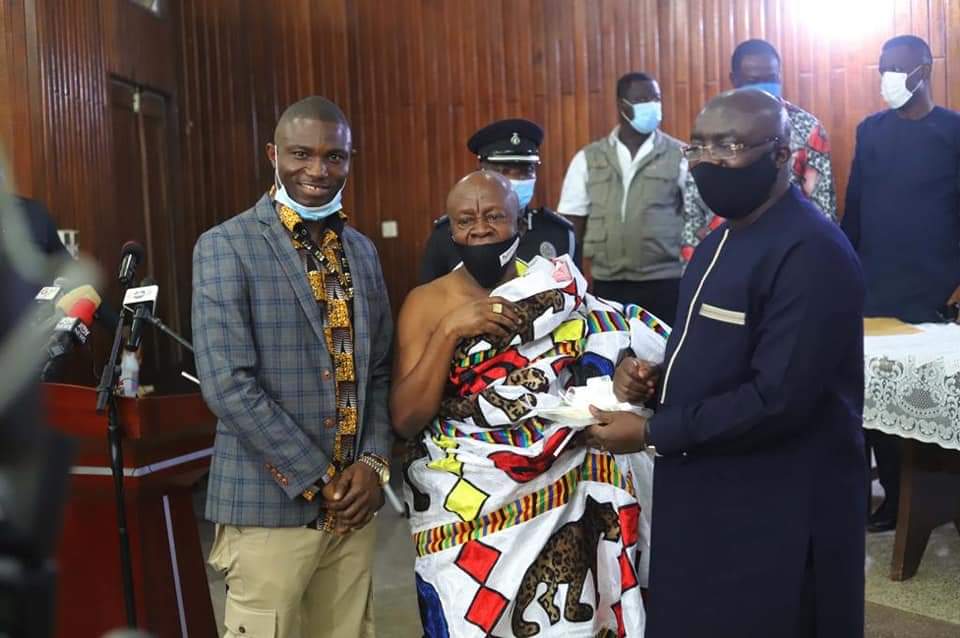 Just as it’s required in corporate governance, the GNPC Foundation has once proven it’s commitment to be accountable to stakeholders and Ghanaians in general of the oil revenue. Having pieced up video documentaries of their contributions to the development of Ghanaian communities, the GNPC Foundation presented a Presidential Copy of the video documentary to the Vice President Dr. Mahamudu Bawumia during a special visit to the House of Chiefs, on Tuesday 15 September 2020.

The documentary was subsequently shown to members of the Western Region House of Chiefs to update them on work done so far by the organisation, since it’s establishment in 2017.

Hundreds running into thousands of projects from different intervention modules of the foundation were shown. It covered investments made in the GNPC Foundation’s three core pillars; Education and Training, Environment and Social Amenities, and finally, Economic Empowerment. 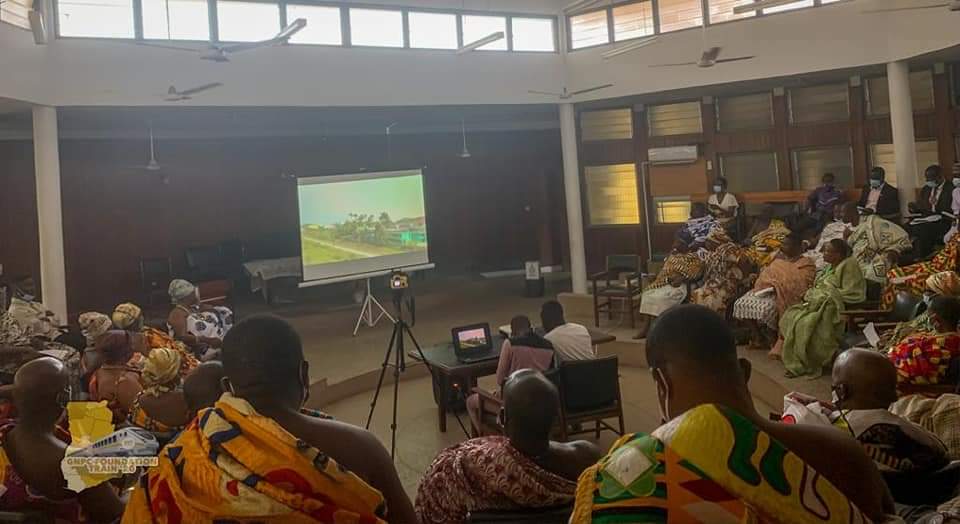 Executive Director for the GNPC Foundation, Dr. Dominic Eduah stressed that the video encapsulates, in brief, a section of “everything the foundation has done since its inception in 2017.”

“We’ve done a lot and the public can testify in terms Infrastructure, scholarships, capacity building, and others.”

He stated that it is right for the organisation to demonstrate accountability, so they could win the trust of the Ghanaian people.  He mentioned that it is a key feature that management upholds, and that would be sustained.

Dr. Eduah noted that their commitment to the development of the country remains unchanged.

“The request keeps coming from left, right, center… What actually works well with the foundation is the fact that we do value for money projects. We don’t really do more profit-oriented projects,” he noted.

Dr. Eduah emphasized that the foundation has at heart the interest of the people in ensuring that they maximize gains from the oil revenue.

“It’s the right way to go…good policy direction, and ensuring that the oil proceeds is evenly distributed,” he concluded.