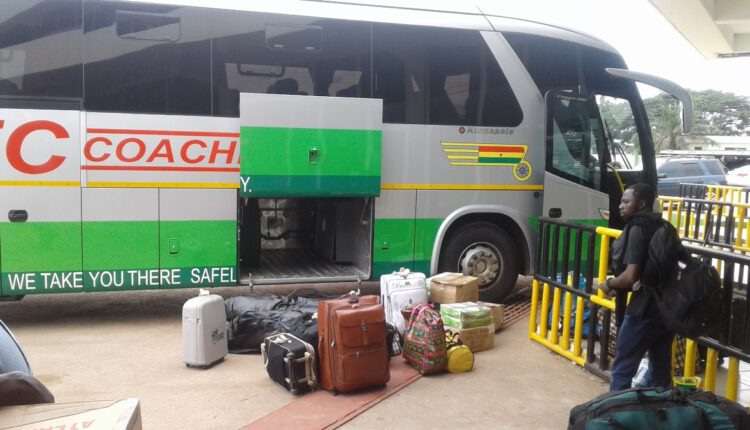 Lorry drivers at Abengbebom station in Effia-Kwesimintsim Municipality are readying to demonstrate against the loading of passengers by Intercity Sate Transport Corporation (ISTC) buses at their station.

Information reaching Skyy Power 93.5FM is that, STC, has taken the decision to station it Kumasi buses at Abengbebom lorry park to load passengers.

According to the drivers, they are keenly against the new development because STC has a station in Takoradi and it is illogical for them to relocate some of their buses to their station.

However, some drivers alleged that after the STC buses have loaded passengers at the Abengbebom station, they first drive them to the STC yard.

A driver said, “After they have loaded here, they drive the passengers to the STC yard to let them know the next time they want to board a bus, they should rather go to their yard.”

Moreover, they have given a one week ultimatum to the station leaders to stop STC from loading at the station or else they will demonstrate.