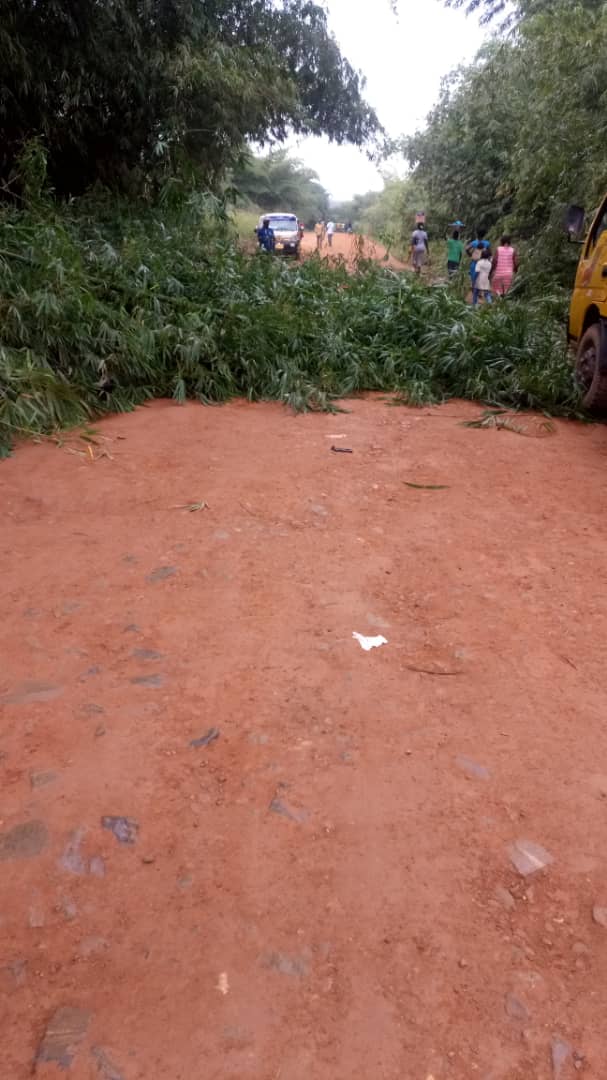 Member of Parliament for Mpohor, Alexander Kofi Agyekum has suggested that funding source for the Kejebir- Mpohor road construction project be relocated from Government of Ghana to the Cocoa Road Fund.

According to the MP, the project has failed to attain the minimum rate of completion to warrant the release of certificates for payment to support the continuation of the project.

He disclosed that the contractor’s reason for abandoning the project is that some completed projects have not been paid by government, to support his finances.

He said “JPP Construction Limited and NE Construction have proven they cannot do the work. So the best is to abrogate the contract, and then consider moving funding of this project from GoG to Cocoa Road Fund”

Hon Agyekum disclosed that a meeting is scheduled with the Vice President to bring some conclusive decision to the project.

Some residents this morning mounted a blockade on the road from the Pretsea Junction to the Mpohor town, and thus affected vehicular movement and to an extent farmers who were going to their farms.