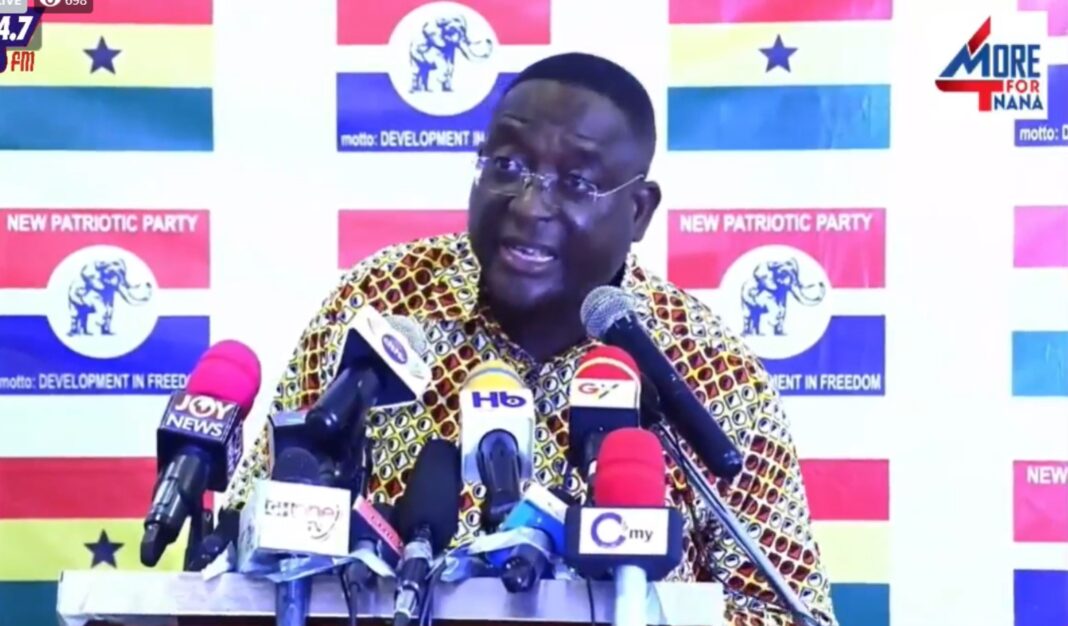 Former President John Dramani Mahama has been accused of bastardizing a rather innovative road infrastructure project; Cocoa Roads Project, former President John Agyekum Kuffour introduced to create more access but improved roads for cocoa-growing communities in the country. This accusation was provoked by Mr. Mahama’s own daring stance, demanding that the Akufo Addo government publishes reports on its audit of the cocoa roads.

But in a counter statement to this, the Communications Director for the New Patriotic Party (NPP), Yaw Buaben Asamoah noted at a press conference held in Accra yesterday that, the previous administration managed the rather innovative program, poorly, and overwhelmed the funding capacities of government to sustain it. He explained that the Cocoa Road projects which were managed under COCOBOD Infrastructural Development Trust Fund were misapplied.

“The original project was to get roads to cocoa intake points constructed to facilitate the transportation of the produce but what we realized under John Mahama was a total misappropriation of the funds to roads other than those that serve cocoa-growing communities.”

Mr. Asamoah argued that the average funding limit for the five-year project under the COCOBOD Infrastructural Development Trust Fund was just GHC500 million but was grossly exceeded by over 60 percent, creating a huge deficit to government’s kitty.

“…the approved annual amount averaged 500 million cedis for the COCOBOD Infrastructural Development Trust Fund for the entire five year period of the program. Indeed, John Mahama committed 3.2 billion cedis [64 percent of that], of a total fund that he did not have, to just seventy-four (74) projects awarded by Ghana Highway Authority, not the Department of Feeder Roads,” Mr. Asamoah referenced section of the audit report.

“We building a solid foundation for the railway sector”- Minister