Minister for Railway Development, Joe Ghartey has scored that the investment and work made by President Nana Addo’s government surpasses ‘in several folds’, what the eswhile John Dramani Mahama administration did. He argued that what the John Mahama administration did was to rehabilitate only 15.6 kilometres of the Western Rail Line, out of a total rail connectivity of 974 kilometers the whites left for the country in post colonial times.

Mr. Joe Ghartey remarked that the line that was rehabilitated by the former administration was only fit for cargo transportation, adding that they [Akufo-Addo government] had to complete work on that line so it could serve passenger trains.

“The whites left us with 947 kilometres of railway. We had the train run from Takoradi to Kumasi, Kumasi to Accra, and Kotoku to Juni Valley. When the NDC came we had just the Tarkwa to Sekondi-Takoradi line, and it was not a passenger train but only cargo because they couldn’t operate passenger service… they will derail. They came and wanted to revamp the railways. They only did from Sekondi to Kojokrom…they couldn’t cross the road, so they took a turn to Takoradi. Even that, they only ended at Takoradi station and not the port. The total length was 15.6 kilometres. Even with that they didn’t finish it in 2016. You will remember we completed their work in August 2017, then we begun taking passengers.”

The Minister disclosed that the current government has on awarded on contract for the redevelopment of a 102 kilometres of rail on ‘just’ the Western Rail Line.

He contended that it’s outrageous to compare the 15.6 kilometre rail line that the NDC government did in 8 years to the ‘magnificent’ work done by Akufo-Addo in his first term.

“We’ve signed a contract and working with Amandi to construct a total of 102 kilometres of railway line from Takoradi Harbour to Huni-Valley. You comparing 15 kilometers in 8 years to 102 kilometres we doing in 3 and half year? Can you compare the two, really? I won’t even mention that if Tema-Mpakadan,” he explained.

On the Western Corridor, passenger service was activated for Takoradi-Tarkwa until the COVID-19 pandemic broke out. Massive reconstruction work has been done at the old Railway Training School, and with the support of the University of Mines and Technology, Tarkwa (UMaT), the school now School of Railway University and Infrastructure is taking admission to award degrees in engineering programs to support the manpower requirements for the industry. 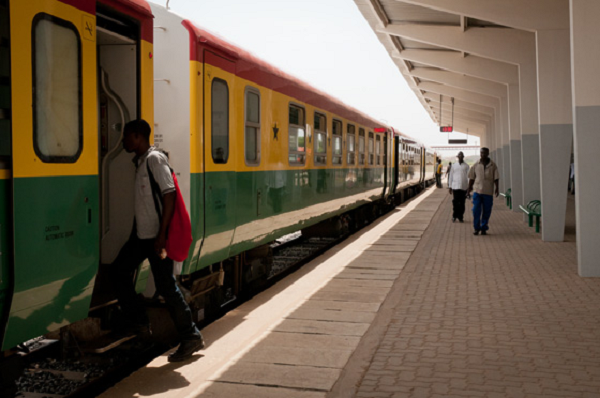 The big news along this network is that government is determined to complete the reconstruction of the railway lines from Awaso to the Takoradi Harbour by 2022, in line with plans to support the Ghana Integrated Aluminium and Bauxite Authority, to maximise gains from our ore reserves.

Concluding on these and other works being done across the country, Mr. Joe Ghartey said the railway sector would be at par with advance countries by end of Akufo Addo’s tenure in 2024.

“And I’m telling you, if Ghanaians are going to reward Nana Akufo-Addo and the NPP with another term, I can assure you on authority that, by God’s grace, within the next 4 years President Akufo-Addo will do more in Railway than what the whites did in all their years,” he mentioned. 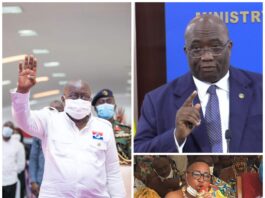 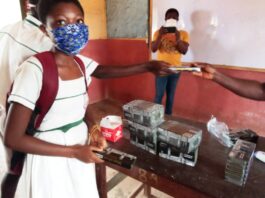 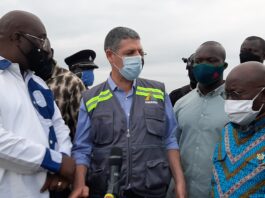