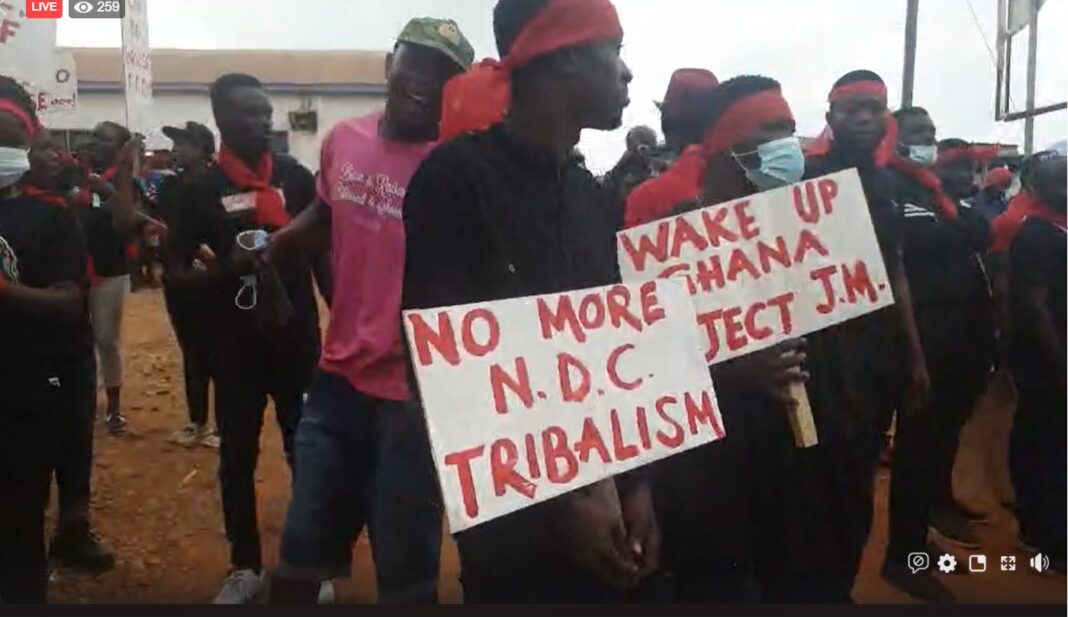 The former President John Dramani Mahama has been issued a 72-hour ultimatum to apologize to the Akyem people for passing a derogatory comment about them whiles addressing President Nana Addo.

A pressure group known as Okyeman for Development this morning has embarked on a mammoth demonstration to call out the opposition National Democratic Congress (NDC) and its flagbearer to publicly retract a comment that they find insulting of their tribe.

Convener for the group, Nana Yaw said those comments are unacceptable and threaten the peaceful coexistence of among tribes in the country. He noted that their call is devoid of any politics as they seek the interest of the Akyems and the integrity of the tradition.

Nana Yaw added that the former President should heed to their call and do the honourable to redeem himself and then win the support of the people if he ever wishes to gunner some votes from the Akyems.

Below are some pictures from the scene. 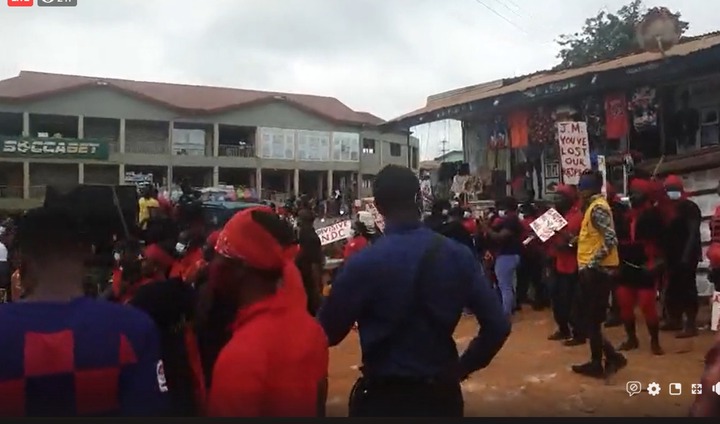 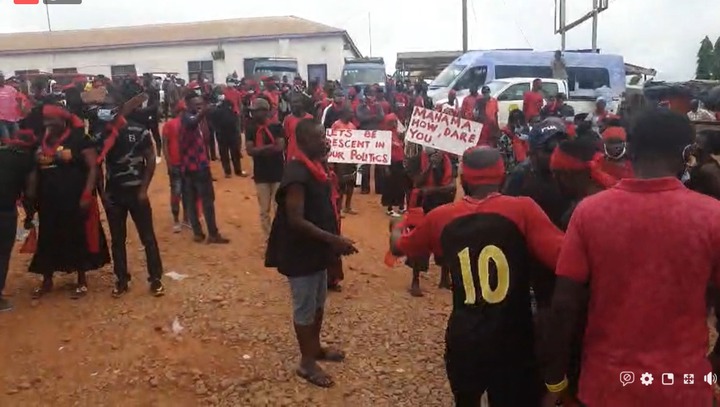 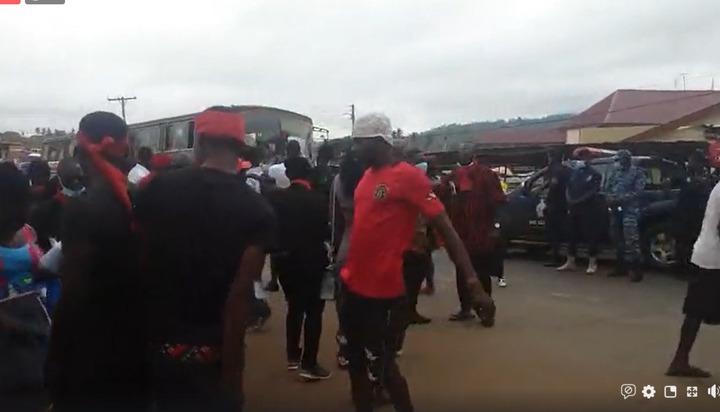 16th September 2020
Get instant News and Updates    OK No thanks