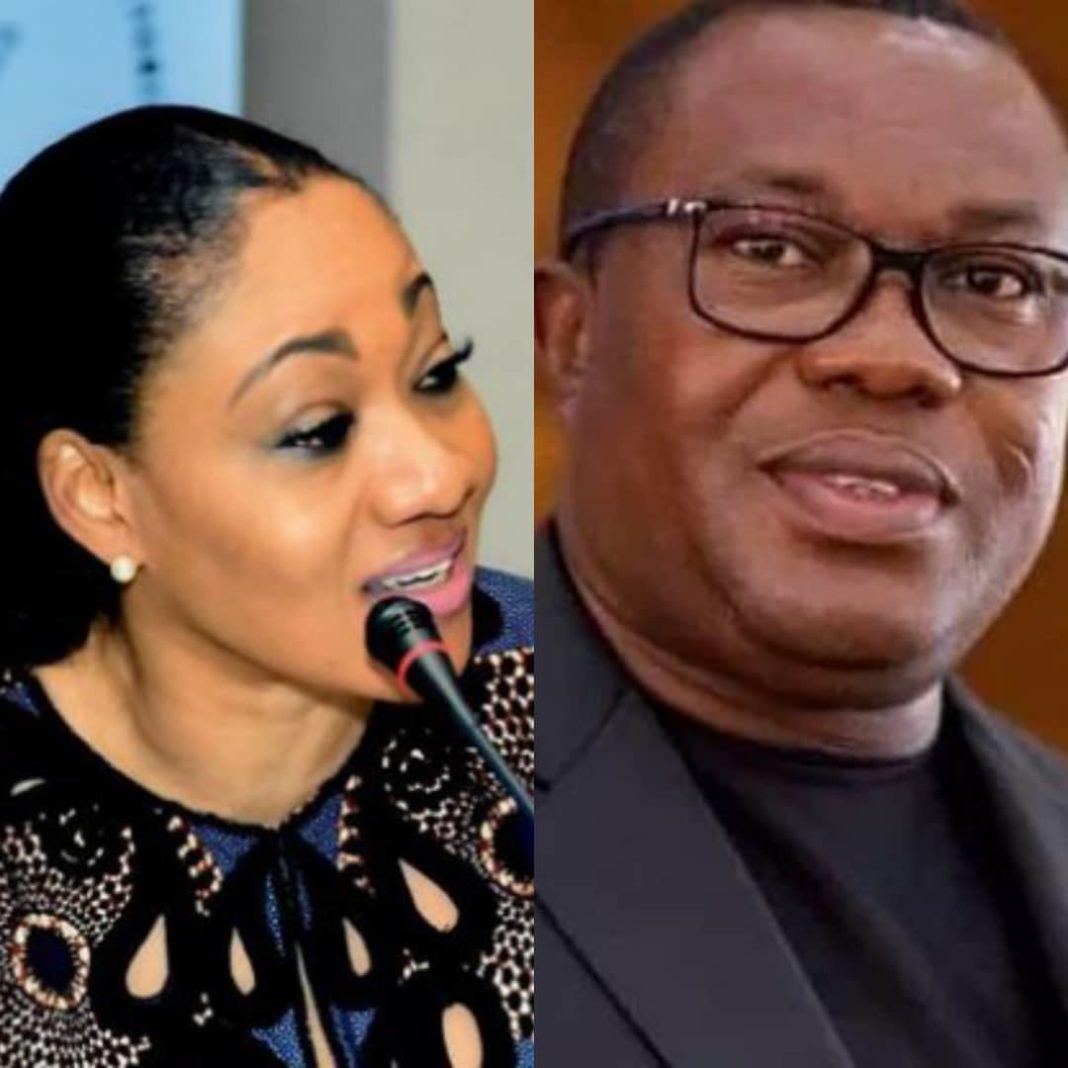 The Electoral Commission of Ghana has cautioned the National Democratic Congress and its Chairman; Ofosu Ampofo, to stop peddling untruth and falsehood statements about their operations, adding their persistent propaganda might cause the reputation of a rather independent electoral body as, itself.

The Commission in a press release responded to claims made by the National Chair of the NDC, Samuel Ofosu Ampofo during Thursday’s (14 May, 2020) press conference that the EC and the National Identification Authority and the ruling government are conspiring to rig the 2020 elections, and deliberately suppressing votes by excluding the existing Voter ID cards as a form of identification for the upcoming registration exercise, among others.

The EC in their statement signed the Acting Director of Public Affairs, Mrs. Sylvia Annoh contended that the NDC had by their conduct, persistently attacked the integrity of the commission by propagating malicious statement about the EC and its operations.

“The Electoral Commission is not oblivious of the calculated attempts by the NDC to repeatedly peddle untruths and falsehoods aimed at tarnishing its image and causing disaffection for it. It is impossible for the Commission to conspire with any political party or institution as being speculated by Mr. Ofosu-Ampofo and the NDC since the electoral processes remain transparent at all levels. As an independent body, the Electoral Commission is mandated to conduct free, fair and transparent elections within the confines of the law and will continue to perform its functions as such without fear or favour” the statement read.

In a response, the EC clarified that it had no intention to disenfranchise any voter or eligible voter as alleged by the NDC.

“The Commission found it imperative to amend the CI 91 which is currently in Parliament for applicants to resort to the use of the Ghanaian Passport and the Ghana Card to aid in the elimination of unqualified names in the register. Further, an applicant who does not have the Ghana card or Passport may resort to obtaining two (2) guarantors to facilitate their registration and therefore, the exclusion of the Voter ID card as a requirement will not lead to suppression of votes. Moreover, the new CI, if passed by parliament, will afford guarantors the opportunity to guarantee for upwards of ten (10) applicants instead of five (5) as stipulated in the current CI.

“This makes it possible for applicants without Ghana card and passports to also register. It is worthy to note that the Commission does not require the services of Commissioners of Oath during registration of voters as alluded to by Mr. Ofosu-Ampofo. It must be put on record that the Ghana card has been a requirement in the current CI since 2012. Additionally, the Birth Certificate has never been used as a requirement since 1995 because it does not contain a photograph for purposes of identification”, the commission clarified.

Joycelyn Andoh Not A Threat To Our Tarkwa Nsuaem MP- NPP...