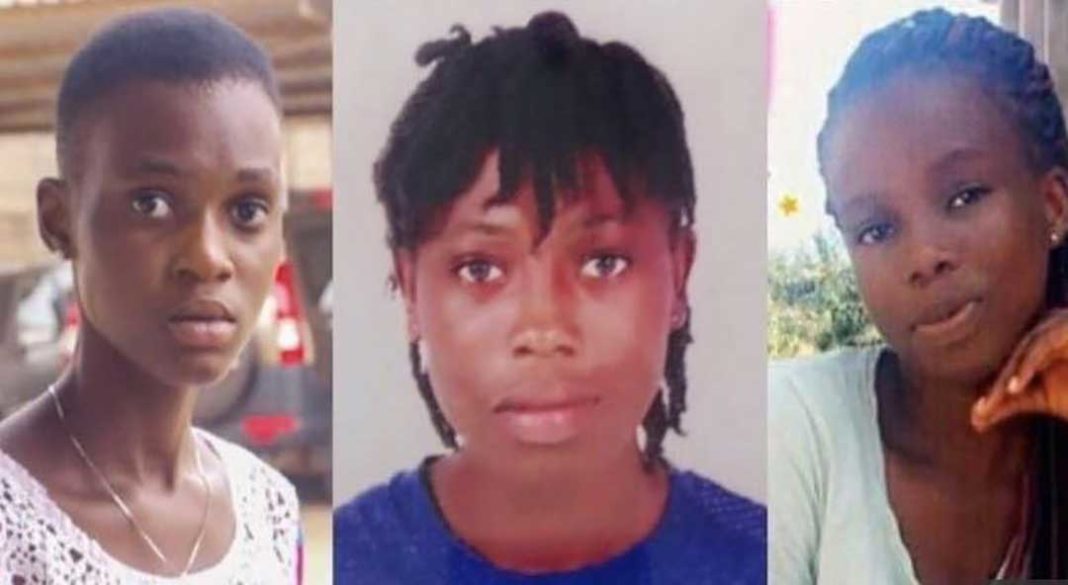 The High Court A, in Sekondi turned violent this morning, as families of the three kidnapped Takoradi girls attempted an attack on the two suspects; Samuel Odutek Wills and John Ogirri. The families frustrated by the undue delay by which the court is prosecuting the case, vent their anguish at the suspects as they exit the premises.

At today’s hearing, the court presided by Justice Hannah Taylor have adjourned the case to 16 October, 2019, asking the state attorney, Patience Klinogo to furnish the court with a proper writ and exhibits.

The two suspects are to be remanded in police custody. They have since been charged with among other crimes, conspiracy to commit crime and kidnapping.

Here is what transpired.