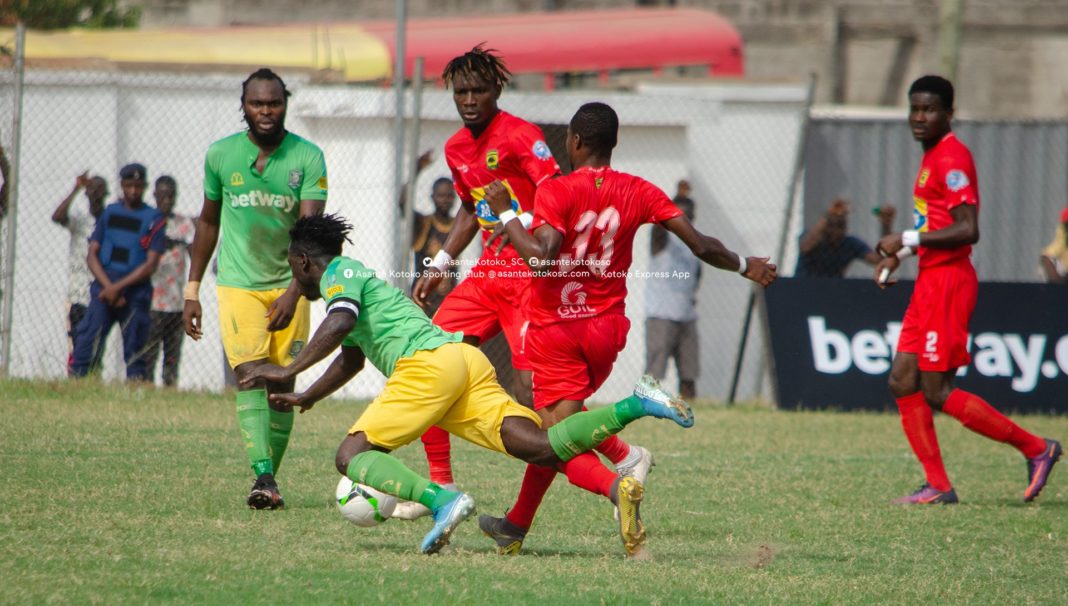 Hearts of Oak and city rivals Great Olympics will renew their rivalry at the Accra Sports Stadium as the Ghana Premier League enters a match-day 14.

Winless in three league games and occupying 9th on the league table, the Phobians will be hoping to turn their corner on derby day. Great Olympics are not doing any better, having won just one of their last three games and having just three points above the drop zone.

Elsewhere, league leaders, Aduana Stars make the trip to play West Africa Football Academy (WAFA) at Sogakope. The Ogya Boys, powered by Yahaya Mohammed’s 10 goals so far, have amassed 24points and share top spot with Medeama S.C and Asante Kotoko. Fresh from a humiliating 4-1 defeat to Legon Cities F.C, WAFA will look to capture the form that saw them thrash Ashantigold S.C by 6-1 at the same venue in their last home game.

In other matches, struggling Dreams F.C will be out to banish their demons when they welcome Karela United to the Theatre of Dreams, Dawu. Dreams are winless since their 2-1 win against Liberty professionals on match-day 8. Karela United have their own problems, as fans interrupted and ended the team’s recovery training session on Monday in protest against the team’s inconsistent results.

Title hopefuls Ashantigold S.C will look to make up for lost ground when they take on Bechem United at the Len Clay Stadium. The miners have won just two of their past five games, in a mediocre run that includes a 6-1 defeat suffered at the hands of WAFA. Bechem United, on the other hand, are a respectable 8th on the log and would be looking to build on a decent start.

In other games, Legon Cities will make the trip to the Bono Region where they will play as guests to Berekum Chelsea. Ebusua Dwarfs will play King Faisal in Cape Coast.

On Thursday, Asante Kotoko will take on high flying Elmina Sharks at their adopted home, the Accra Sports Stadium. With four wins and one draw; a run that has seen them account for Medeama, Berekum Chelsea, Liberty, and Ebusua Dwarfs, Sharks could well be the perfect banana peel for Kotoko’s renaissance. Kotoko are however confident of a win following successive victories over Bechem United and Karela United.

Lack of professional management in sports; still a bane – TMM...