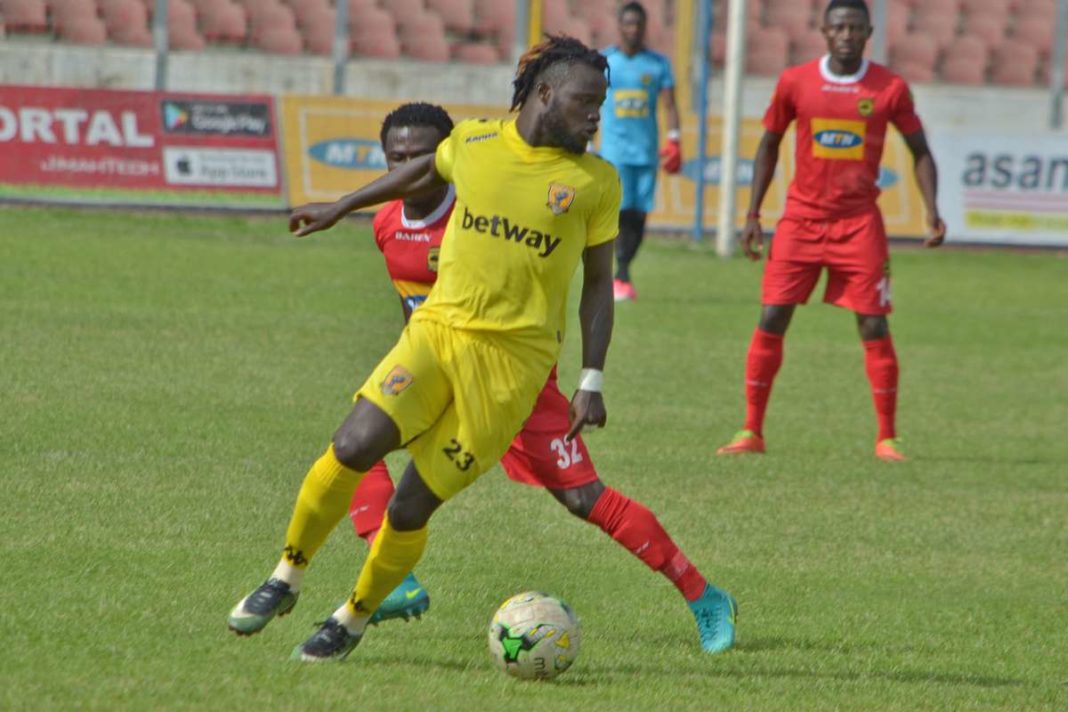 Hans Kwofie thus returns to the club he last played for in 2017, when he finished as top scorer in the Ghana Premier League with 17 goals.

Kwofie’s acquisition is timely for the Miners who have been without captain Shafiu Mumuni and Mark Agyekum for sometime now. The move also lessens the blow of Shafiu Mumuni’s imminent exit from the club.

AshGold will hope the former Medeama S.C and Bechem United striker will bring his wealth of experience to help in their title chase.

You Suffer if You Truncate the League- Hon. Wilson Arthur Warns GFA ExCo

COVID-19: GFA in consultation with gov’t over future of football.