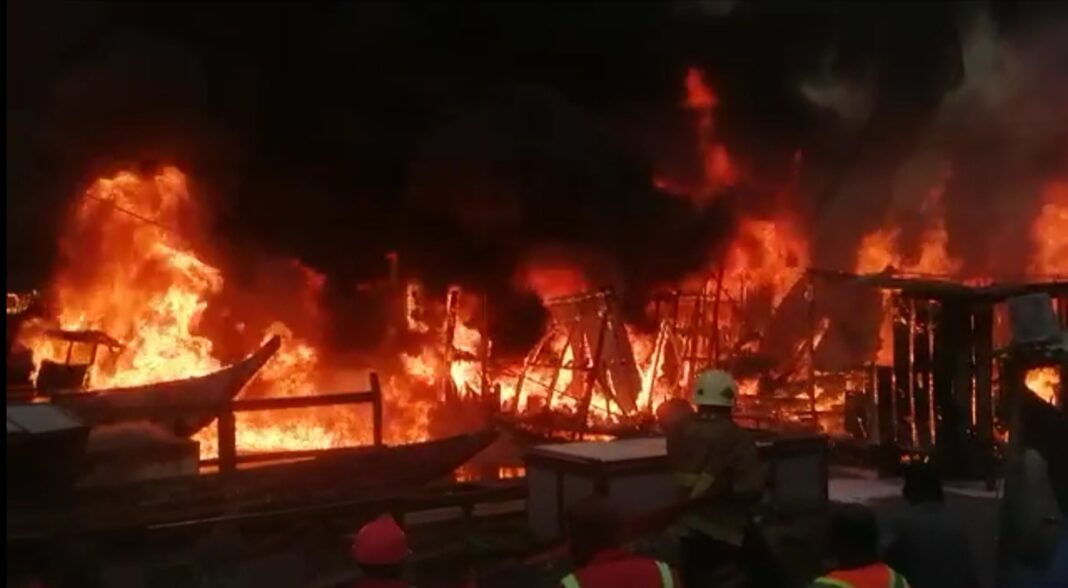 Properties running into several millions of Ghana cedis have been gutted by fire at Sekondi landing beach, close to the Sekondi Naval Base.

The fire which, according to eyewitnesses, started around 4:30 pm on Tuesday left three (3) people in critical condition and currently receiving medical treatment.

The Western Naval Command had to call for re-enforcement and took the fire officials about 3 hours to quench the fire. It is not clear what caused the fire but people have attributed it to the hoarding of premix fuel at where the fire started.

“They keep premix fuel in there and that cook there at the same time so what do you think will happen,” a woman asked.

Member of Parliament (MP) for Sekondi, Lawyer Andrew Agyapa Mercer, who was at the scene, described it as devastating and unfortunate. He said it is important for the leadership to find a place away from any flammable object where the fishermen can store their premix.