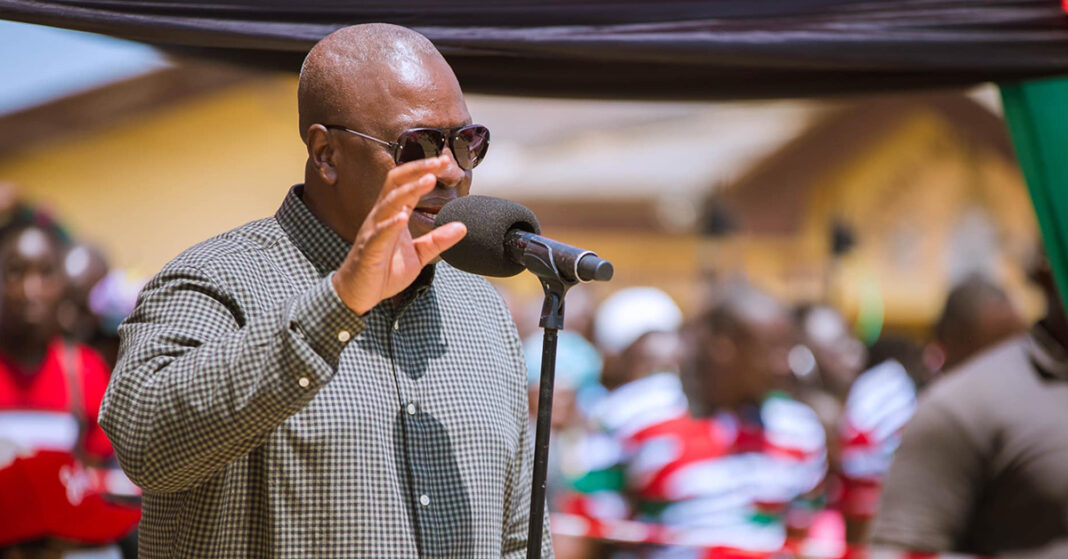 Private legal Practitioner, Kusi Appiah Twumasi Ankrah has argued that the Special Prosecutor, Martin A.B.K Amidu, given the current provision of the Constitution, as stated in Article 57, cannot prosecute the former President, John Dramani Mahama over any fraudulent or corruption findings in the Airbus saga.

According to the legal brain, the former President has a significant among of immunity against any criminal or civil charges, provided by law after three years of exiting his office.

On this note, Mr. Twumasi Ankrah suggested that until Article 57 is amended, no ex-presdient could be prosecuted for any crime or offence.

“They should amend that part of the constitution, such that any time material you can be prosecuted being it civil or criminal.”

He clarified that the only means by which Mr. Mahama could be prosecuted will be by a directive by the Supreme Court or by an application for a legal interpretation, challenging that constitutional provision.

“The Supreme Court can make a judgement or an opinion changing that provision of the constitution. It is not an entrenched provision,” he explained.

An aide to the former President, Edudzi Tamakloe had aroused an argument citing Article 57 as granting John Mahama an ‘eternal’ immunity to any prosecutorial charges filed against him for any offence, ‘not even the Airbus scandal’.

Article 57 (subsection 4 to 6) provides in detail the degree of immunity a former President is entitled to;

(4) Without prejudice to the provisions of article 2 of this Constitution, and subject to the operation of the prerogative writs, the President shall not, while in office, be liable to proceedings in any court for the performance of his functions, or for any act done or omitted to be done, or purported to be done, or purported to have been done or purporting to be done in the performance of his functions, under this Constitution or any other law.

(5) The President shall not, while in office as President, be personally liable to any civil or criminal proceedings in court.

(6) Civil or criminal proceedings may be instituted against a person within three years after his ceasing to be President, in respect of anything done or omitted to be done by him in his personal capacity before or during his term of office notwithstanding any period of limitation except where the proceedings had been legally barred before he assumed the office of President.