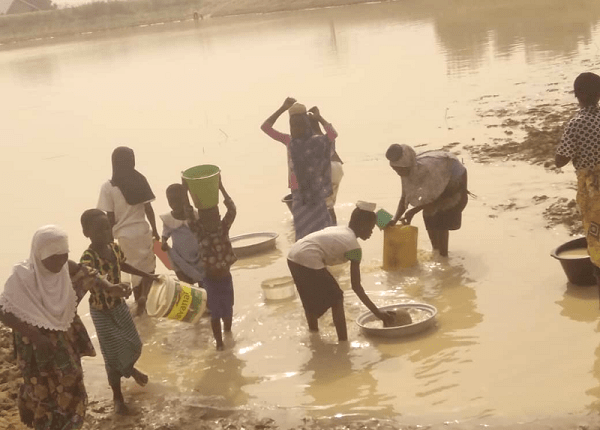 920, 000 people, including children exposed to contaminated water in Northern Ghana

A research finding by the Center for Scientific and Industrial Research (CSIR) – Water Research Institute (WRI) and Swiss Federal Institute of Aquatic Science and Technology (EAWAG) has revealed that about 920, 000 persons in Northern Ghana are exposed to fluoride contaminated water.

The report said most of the population relied on groundwater for drinking, which could be contaminated with fluoride and lead to dental fluorosis.

Dr Dahyann Araya, a Researcher from EAWAG, said they identified that children under the age of two were particularly susceptible to the adverse effects of fluoride and could retain 80-90 per cent of fluoride dose compared to 60 per cent in adults.

She stated such children were prone to diseases such as dental fluorosis and skeletal fluorosis.

Dr Araya said in some districts, such as Karaga, Gushiegu and Mion, four out of 10 children were potentially exposed to fluoride poisoning.

She said the Savelugu Nanton District had the largest exposed child population of about 19,000 children, followed by the Karaga District with about 17, 000 children.

Dr Araya said the contamination was a natural and geogenic occurrence, which happened as a result of fluorides from granites getting into water sources.

“Geology and high evapotranspiration are the main drivers of fluoride enrichment in groundwater. Consequently, climate change might put even greater pressure on the area’s water resources,” she stressed.

Dr Anthony Karikari, Deputy Director, CSIR-WRI, said they were planning to create a local treatment for the contamination.

He said the groundwater was the only source of drinking water for the residents, hence they needed to adopt solutions to mitigate the fluoride contamination.

“We are looking at locally available materials we can use for the treatment of fluoride contamination. This way, the people can be taught how they could purify their drinking water,” he added.

Mr Michael Kumi, Senior Research Scientist, CSIR-WRI, said they were exploring the use of an “activated charcoal system,” that is using charcoal to absorb fluoride contents in the water.

He said they would also consider rainwater harvesting for residents in the affected areas in the form of the One Village – One Dam project.

He also called for public sensitisation of residents on fluoride contamination in water sources for them to reduce the intake of contaminated water.

The Research project is a partnership between the CSIR-Water Research Institute and EAWAG, which looked at fluoride contamination in groundwater in Ghana.