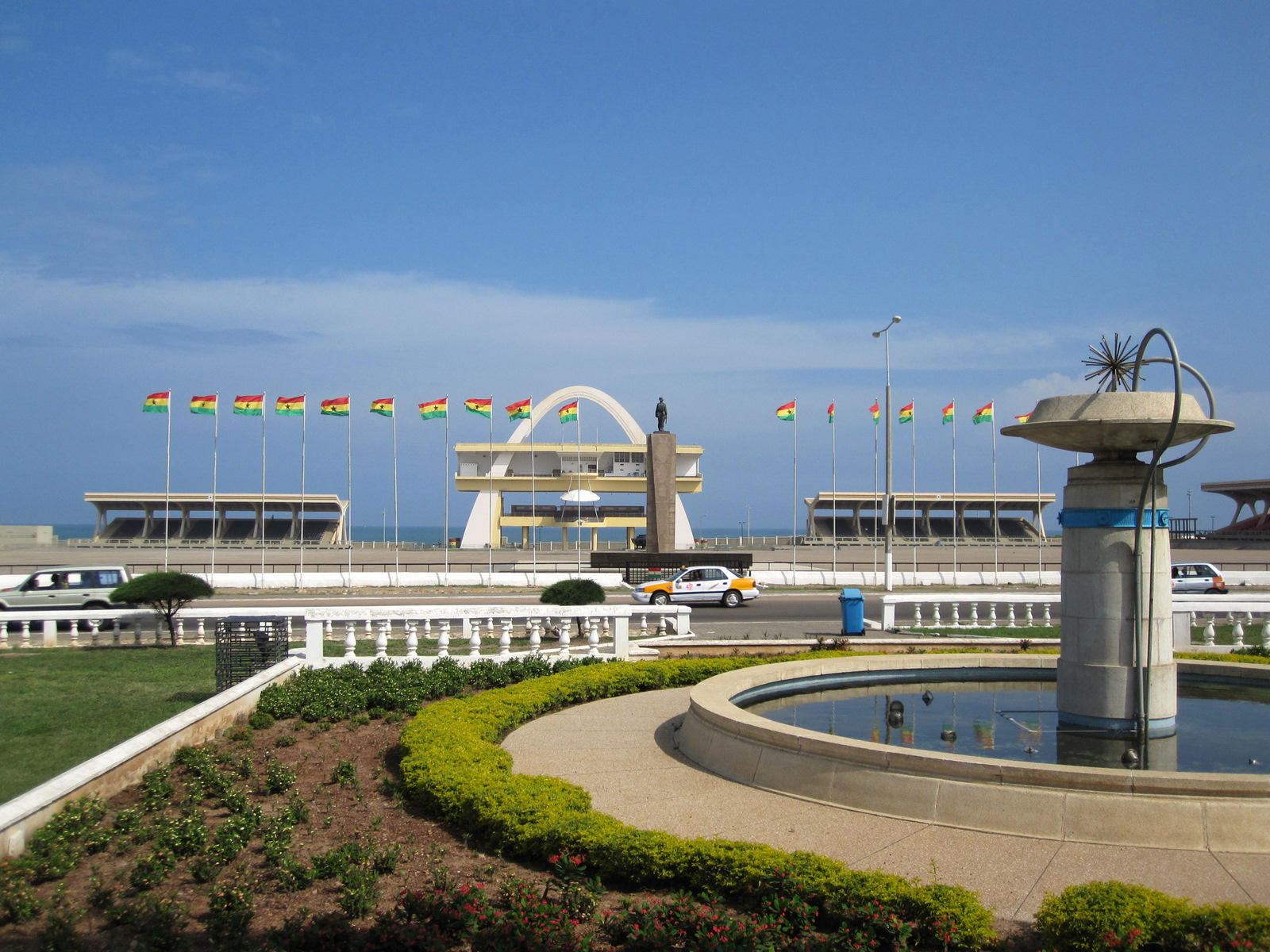 64th Independence Day: Reviewing how far we have come as a nation

Ghana is a country located in the western part of Africa and situated on the coast of the Gulf of Guinea.

Although it is relatively small in area – 238,533 square kilometres – with an estimated population of 30 million, it is one of the leading countries in Africa, partly because of her considerable natural resources, political stability and the first country, south of the Sahara, to gain independence from the British Colonial Administration in 1957.

It adopted a unitary multiparty democracy after it gained independence, however, decades of corruption, mismanagement and military regimes, stymied her growth and prospects.

This, therefore, calls for hard work by both political leadership and ordinary citizens to make meaningful headway in development and improvements in the standards of life of the people.

We should not depend on foreign aid for economic prosperity since our reliance on such support over the years had not yielded much economic transformation.

Today, March 6, 2021, being exactly 64 years after the country attained independence, we must gird our loins and rally behind the current government to better the lots of the people.

The Independence Day is a momentous occasion to remind Ghanaians on the need to maintain and sustain the country’s democratic dispensation, which is widely touted as the beacon of Africa’s democracy.

However, some political pundits continue to downplay the relevance of celebrating the Day, arguing that Ghana, and for that matter Africa, continue to be ‘apron string’ of the western powers, always kowtowing to the obnoxious demands and pressure of the ‘disguised colonial imperial antics’ of yesteryears.

The country has had a checkered history, with civilian and military regimes providing various shades of governance. Nonetheless, we cannot throw our hands in the air in despair, but need to take the bull by the horn to make life better than we met.

Ghanaians often celebrate their Independence Day with pomp and pageantry, including colourful parades that bring nostalgic feeling to most celebrants.

However, this year’s celebration, marking the 64th Anniversary, would just be celebrated at the Forecourt of the Jubilee House, the seat of government, due to the Covid-19 pandemic, to limit the number of participants.

Flight Lieutenant Jerry John Rawlings ruled for 10 years as Chairman of the Provisional National Defence Council (PNDC), from 1981 to 1992, after retiring as an Air-force Pilot.

He won the 1992 Presidential Election in December and was subsequently sworn into office as President of the Republic on January 7, 1993, where he ruled as a democratically elected president to the year 2000.

Ghanaians remember the late former President Rawlings for his charisma, championing the principles of discipline, probity and accountability although some of his critics believe he was not in favour of a constitutional regime at that time. His administration was credited to have led an economic recovery programme to put the country back on a sound footing.

Rawlings was criticised for presiding over an administration characterised by many human right abuses and atrocities, while freedom of expression by the media, the judiciary and other members of the public were suppressed.

Some of his admirers also applauded him for championing media pluralism in the country and allowing for the establishment of private radio and television stations.

Mr J.A. Kufuor, an economist and a lawyer, popularly known as the “gentle giant” became the second President under the Fourth Republic after emerging victorious in the 2000 presidential polls.

He was remembered by many for his courageous decision to take Ghana to the Highly Indebted Poor Country Initiative (HIPC), which cancelled the country’s foreign debts, restored the national economy and put it on the path of growth.

It was during Kufuor’s Administration that the private sector was touted as the “engine of growth” and created the Private Sector Initiatives for cassava and oil palm plantations, which harnessed the creativity and entrepreneurial spirit of Ghanaians.

President Kufuor’s Administration extended credit to some small-scale businesses and made the realisation of all-inclusive government a reality through the appointment of some minority political party members into his government, creating a positive image for the nation globally.

He also introduced the Metro Mass Transport system, the National Health Insurance Scheme, the development of model senior high schools, the School Feeding Programme and the Livelihood Empowerment against Poverty (LEAP) among other things.

Popularly known as “Asomdwee Hene” Former President Atta Mills was sworn into Office on January 7, 2009, as the Third President of the Fourth Republic.

Ghanaians liked him for his much touted humility, which resonated through his speeches and relationship with his fellow Ghanaians.

President Atta-Mills showed his Godly character by defiantly declaring to the Western countries that Ghana would not legalise homosexuality.

With his vast knowledge in taxation, President Atta-Mills introduced economic programmes and policies, which reduced inflation to a single digit, ensured a stable currency and increased the country’s economic growth rate to 14 per cent in 2011, following the production of crude oil in commercial quantities.

After Prof. Atta-Mills’ sudden demise in 2012, his Vice, John Dramani Mahama, was sworn-in as President and led the country through a successful and peaceful election on December 7, 2012, which he eventually won.

The then opposition political party, the New Patriotic Party (NPP), led by its Presidential Candidate, Nana Addo Dankwa Akufo-Addo, disagreed with the Electoral Commission’s (EC) verdict and subsequently went to the Supreme Court to challenge the election results.

The Supreme Court, after eight months of hearing, upheld the EC’s decision and affirmed the presidency of Mr Mahama.

President Mahama, who continued the policies and programmes of his predecessor, steered the country to achieve some successes, including infrastructural development such as the construction of roads, the Kwame Nkrumah Interchange, nicknamed; “Ghana Dubai” and other flyovers, community senior high schools, health facilities and electrification projects.

He embarked on expansion programmes at the Tema and Takoradi ports and the Kotoka International Airport Terminal Three, giving a facelift to those facilities to meet international standards.

He was defeated in the 2016 general election, which ushered in the Nana Addo Dankwa Akufo-Addo’s administration on January 7, 2017.

On January 7, 2017, President Nana Akufo-Addo came into power on the back of many electoral promises, which were outlined in the NPP Manifesto, including the “One District, One Factory, “One Constituency, One Million Cedis”, “One Village, One Dam” and the Free Senior High School.

The Government promised to create jobs for the numerous unemployed youth, provide stimulus package for collapsing but viable businesses, protect the public purse and fight corruption.

At the 72nd Session of the United Nations General Assembly in New York, USA, 2018, President Akufo-Addo told the world that Ghana was determined to realise her potentials and ensure a prosperous nation.

“We’re not disclaiming aid, but we do want to discard the mind-set of dependency and living on hand-outs, we want to build a Ghana beyond Aid.”

President Akufo-Addo named his ministers and other appointees in record time, but some Ghanaians castigated his government for appointing 110 ministers, which is the highest number in any of the Fourth Republican governments.

The Akufo-Addo-led government has, so far, implemented some social interventions including the Free Senior High School Policy, which has benefitted 1.2 million Basic Education Certificate Examination (BECE) candidates and sunk over three billion Ghana cedis into payment of school fees and provision of other basic needs of beneficiaries.

It has also rolled out the Planting for Food and Jobs, supporting more than 750,000 farmers with farm inputs, which enabled the nation to export 19 different food items to some neighbouring countries, including Burkina Faso, Mali, Niger, Senegal, Cote d’Ivoire and Northern Nigeria, whilst Ghana, for the first time, did not import maize.

The Rearing for Export and Rural Development is also ongoing to ensure self-sufficiency and make the nation globally competitive in terms of exports. In this vein, free cockerels and piglets have been distributed to farmers across the country.

The government also backed the Bank of Ghana in embarking on the banking sector clean-up, leading to the closure of insolvent and non-performing banks and financial institutions, with government sinking over GHc13 billion in paying the depositors’ funds.

Even though the exercise led to some 3,000 job losses, it has saved over 4.5 million depositors from completely losing their savings and resuscitated the ailing banking sector.

It has successfully taken the nation from the three-year International Monetary Fund (IMF) programme and employed more than 350,000 people into the Public Sector, whilst about 100,000 unemployed university graduates have been employed under the Nation Builders Corps (NaBCo).

It also re-introduced the teacher and nursing trainee allowances after being cancelled by the previous government, implemented the paperless ports system, e-registration of businesses, National Property Addressing System and e-licensing of vehicles, while embarking on the National Identification System for issuance of the Ghana Card across the country.

The Finance Minister, Mr Ken Ofori-Atta, announcing the 2019 Budget Statement last year, said Government had chalked some great successes regarding the macroeconomic indicators, with the growth rate hovering around an average of seven per cent up from 3.6 in 2016.

The country’s budget deficit declined from 9.3 to GDP to 6.3 per cent by the end of 2017, while government has enacted the Fiscal Responsibility Law and Fiscal Council to cap the budget deficit at five per cent annually.

Government declared year 2020 as the “Year of Roads” to improve road infrastructural to bring relief to millions of Ghanaians who commute on deplorable roads daily.

Ghanaians have high expectations and would not take any excuses from the Government. They expect the government to mobilise resources, both within and outside, to add value to the country’s primary commodities so that Ghana would work again and ensure prosperity for all.

The arrival of 600,000 COVAX/AstraZeneca vaccines on February 24, 2021 plus an additional 50,000 Oxford-AstraZeneca from India on March 5, to Ghana has given hope to Ghanaians that the nation would make headway in eradicating the virus to bring life to normalcy.